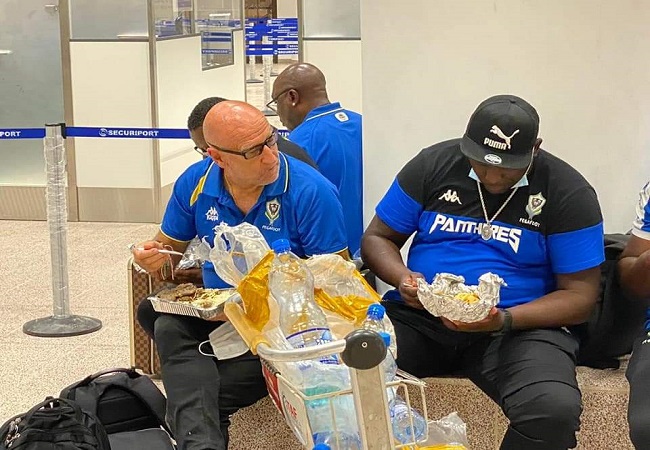 The Gabonese Football Federation on Wednesday accused Gambia of detaining its players for eight hours at an airport. With the intention to “weaken” Gabon team ahead of a crucial qualification match for the 2021 Africa Cup of Nations.

Gabon, whose star player is Arsenal striker Pierre-Emerick Aubameyang, would have qualified for next year’s finals with a win over Gambia. But instead the hosts moved top of the group on goal difference.

“What the Gambians did, they did for a purpose. To win the game one way or another. And the way they did it was inhumane.” Said Mounguengui.

Gambian authorities would not allow the Gabonese to leave the Banjui terminal late on Sunday night. They claimed the visitors had not respected coronavirus protocols.

A Confederation of African Football (CAF) official told reporters in Banjul that the Gabonese did not produce COVID-19 test results. While insisting they had been performed before leaving Libreville.

They were forced to hand over passports. And the visiting players had to sleep on the floor for almost eight hours from their midnight arrival before going to their hotel.

The Gabonese insist that they provided tests carried out less than 72 hours before their arrival. As Gambian authorities required it.

Mounguengui also claimed that a general who seized the passports at the airport was also ” Gambian football federation vice-president”.