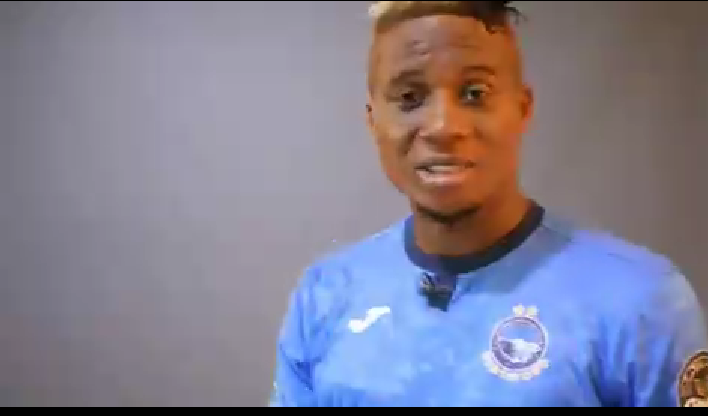 Nigeria Professional Football League (NPFL) club Enyimba international has officially announced the signing of Tosin Omoyele from Plateau United.
Omoyele joined Plateau United from Egyptian Premier League side, Nogoom FC in the 2019/2020 season.
Enyimba on Monday announced the signing via a short video on their official Twitter account.
The club in a statement said;
“Standing #TogetherForVictory for The People’s Elephant in the 2020/21 season is our dazzling new centre forward, Tosin Omoyele.”
Omoyele also confirmed the transfer via a statement on his official Twitter.
OFFICIAL!!
“Proud to be an Elephant 🐘.
“Proud to join one of the biggest clubs in Africa.
“Together we shall rule Africa again.”
#TogetherForVictory.
The forward had featured for Enyimba already in the ongoing Dapo Abiodun Pre-season.