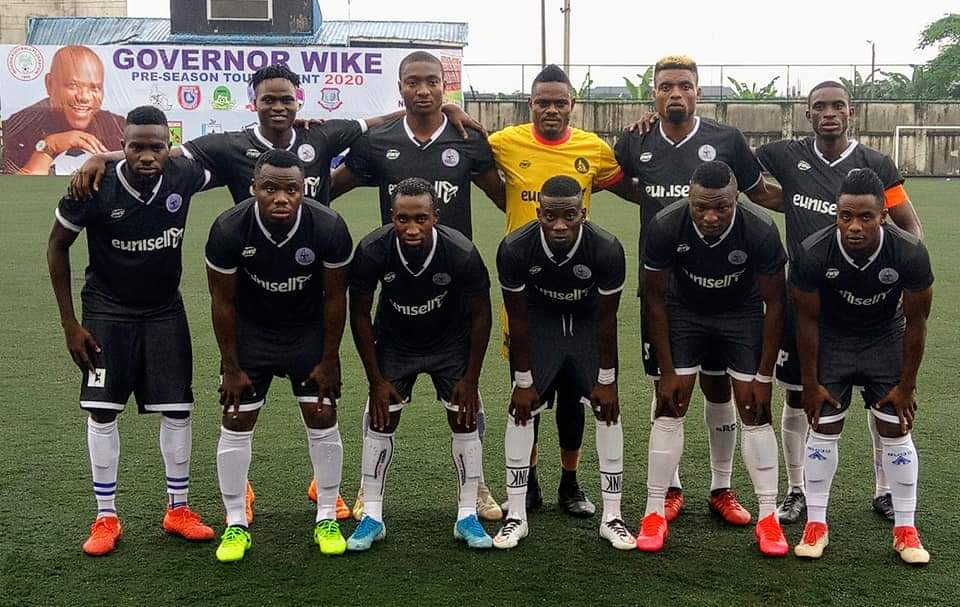 Nigeria Professional Football League (NPFL) side Rivers United is expected to depart Port Harcourt to Equatorial Guinea on Friday ahead of their CAF Confederation Cup game.
Rivers United will play against Futuro King in the preliminary round with the first leg slated for this weekend.
The NPFLside pulled out of the just concluded Dapo Abiodun pre-season tournament to focus on the CAFCC game.
Rivers United players and officials are expected to depart Port Harcourt on a chartered flight to the city of Mongomo, Equatorial Guinea.
The first leg will be played on Saturday while the return leg comes up December 4-6 in Port Harcourt.