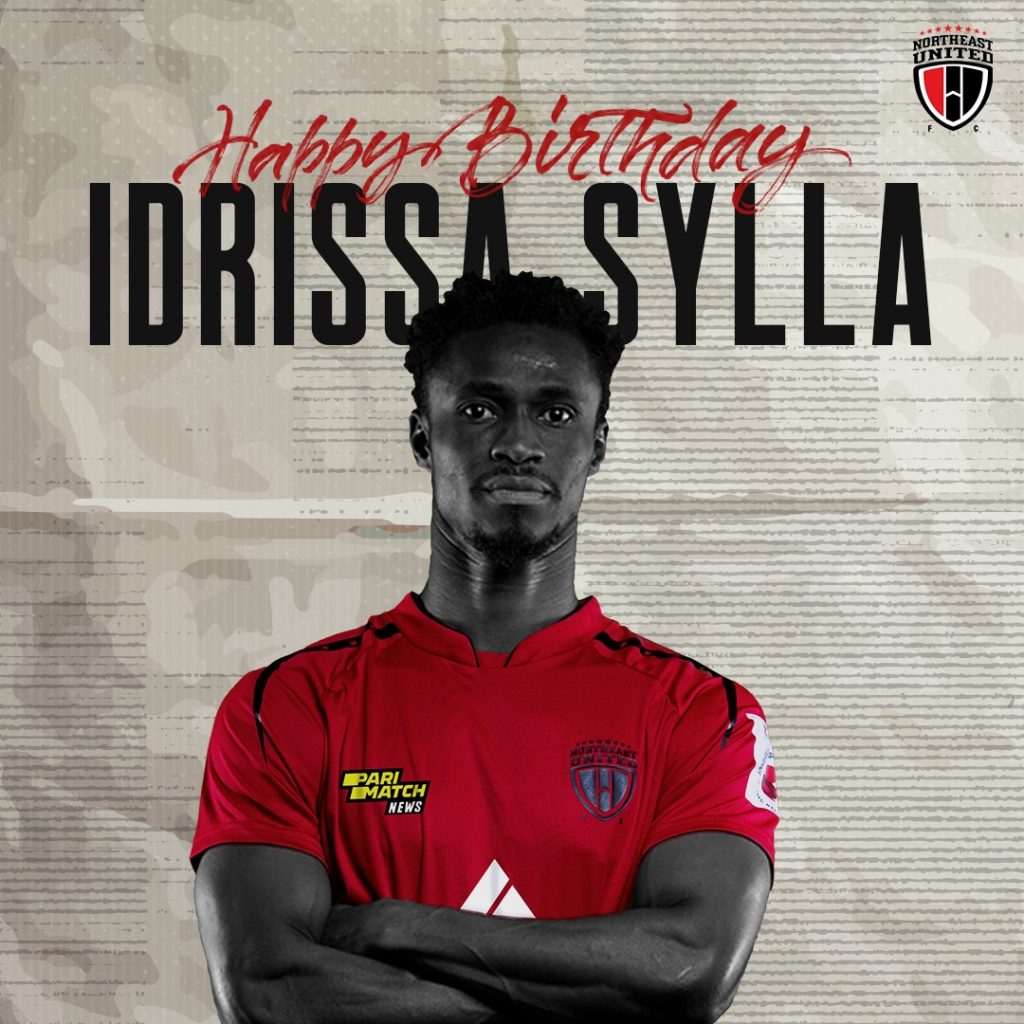 Indian Super League (ISL) side NorthEast United celebrated Guinean forward Idrisda Sylla on the occasion of his birthday.
Sylla who turned 30, joined the NorthEast United this summer and has become one of the fans delight.
NorthEast United in their birthday message to the forward urged him to keep shining and scoring goals.
“Wishing Striker Idrissa Sylla the very best on his special day! 🎂
“Keep shining and hitting the back of the net.”
Sylla was on the score sheet as NorthEast United extended their unbeaten run to three games following a 1-1 draw against FC Goa in Monday’s ISL game.
The Guinean was handed his starting XI after starting from the bench in the previous two games by manager Brandon Fernandes.
The striker was preferred ahead of Ghanaian forward Kwesi Appiah and he reposed the confidence the coach had on him with a goal.
Sylla went on to score from the spot in the 40th minute after he was fouled inside the box.
However, NorthEast United we’re denied the points as smIgor Angulo equalised in the 43rd minute.
He has now scored two goals in three appearances for his club.
Sylla was nominated for the Fans player of the match but despite being the goal scorer was voted as the third best player.
The forward will be hoping to add to his goal tally when his side host SC East Bengal for the first tone at the Tilak Maidan stadium on Saturday.