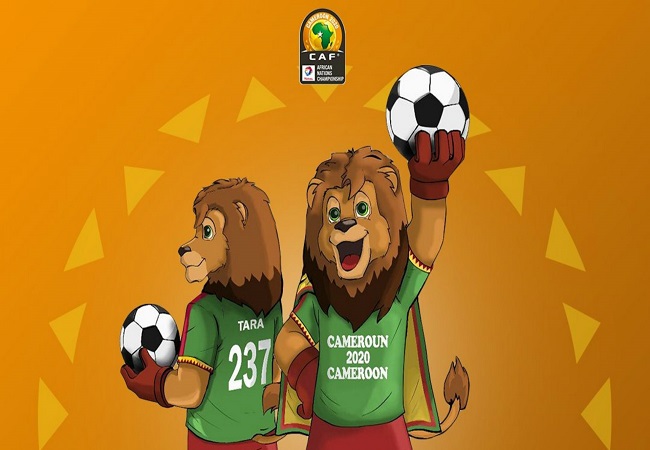 Cameroon is the hosting country for the 6th edition of the African Nations Championship, CHAN 2020. Prior to the event, Douala is beginning to feel the fever. Banners and posters are in highlights in some different parts of the town. The posters with orange colours have the logo of the lions, CHAN logo and mascot. The banners carry different messages all aimed at creating awareness in the minds of the population. At each stop, all the banners and posters are in French and English to showcase the bilingual nature of Cameroon.

Be it at “Ancien Dalip“, in Akwa, “Marché des Fleurs“, in Bonapriso, or in some places in “Bali” just to name a few, the banners are telling of the fact that CHAN is around the corner. Some of the messages include “Cameroon Celebrates African Sports Talent“.

The tournament that will run from the 16 of January to the 8 of February 2021 in Cameroon. Cameroon, Tanzania, Uganda, Rwanda, Zambia, Namibia, Togo and Morocco are the countries taking part in the competition. Out of the 32 matches in the programme, 15 will be played in the Japoma and Bepanda Ominisport stadium in Douala. while the others will take place in Limbe and Yaounde.

Owing that Douala alone will host almost half of the matches, the population needs to be sensitised on such a huge tournament.