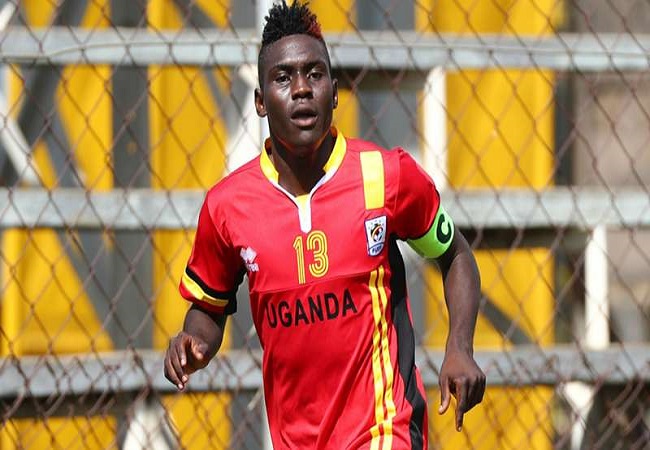 The Cranes and the Indomitable Lions played to a 1-1 draw. And the Vipers SC striker Muhammad Shaban has said they have learned a number of lessons despite going down to 10 men in the first half.

“We have learnt a lot from this match.” Shaban, who came on for Milton Karisa, said after the game according to Fufa’s website.

“Having played with 10 players for almost the whole game, we are happy with the result. We shall improve in our next game.”

Shaban’s coach Johnathan McKinstry said their main agenda for the pre-Chan tournament was not all about results.

To the former Rwanda coach, the main reason for engaging in the competition was to get the players ready for the actual tournament.

“We said coming into this tournament was not about results.” McKinstry told the Fufa portal too.

“It was about taking on the host nation and other top opposition. We wanted to come here and prepare for the main tournament. And We encouraged our players to be confident even when we lost one of them.

“We created chances even with a man less. But the equaliser was well deserved.”

In a separate interview, McKinstry said he was happy in how the players faced the Indomitable Lion. But there are areas they have to work on.

“And for large parts of the game we were the team creating chances from open play. And we couldn’t be more pleased with the players.

“There are things to be improved naturally. But we felt that we played good football. We know we have speed in the team and on the bench.”

Uganda are among the three nations that organised a pre-Chan mini-competition in Cameroon as a precursor to the continental tournament.

They will play Niger and Zambia in the remaining fixtures. But Ben Ocen will not feature after he was red-carded for a bad challenge in the game against Cameroon.