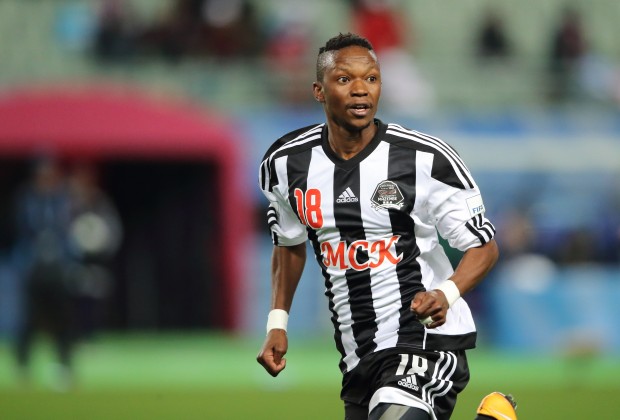 TP Mazembe’s seasoned midfielder Rainford Kalaba has given a candid insight on what it would take for the Democratic Republic of the Congo giants to emerge unscathed from Sudan on Wednesday.

Kalaba is part of Mazembe’s delegation that is in Sudan ahead of Wednesday’s meeting against hosts, Al Hilal Oumdurman, in a CAF Champions League match in Khartoum.

Ahead of the match, the former Zambia national team midfield kingpin has advised his team-mates to be on their toes against Al Hilal.

“It’s never easy to play here [Sudan]. The clubs of this country are complicated to face. You need a lot of concentration to get a good result at the end,” footrdc.com has quoted Kalaba saying.

Kalaba is now into his 10th season with Mazembe and he knows what it takes to play at this level.

However, Kalaba’s name does not appear on the list of the playing squad for Wednesday’s game.

Mazembe coach Pamphile Mihayo has since echoed Kalaba’s words, urging the team to fight until the last whistle.

“You will be the bosses on the field of play. We have given you everything; it will now be up to you to apply it on the ground. All the work is done, there will only be a few tips to give you before the match,” he is quoted saying.

Mazembe, the five-time African champions, have not had the best of starts to the ongoing continental campaign.

The Lubumbashi giants dropped points when they drew 0-0 at home against Belouizdad of Algeria last week.

In contrast, AS Vita Club also from Congo beat Al-Merrikh in Sudan on Tuesday in another Champions League clash.