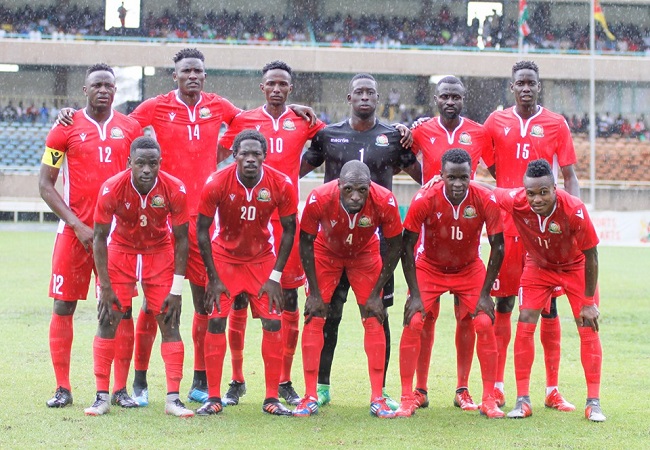 Kenya will play three friendly matches as a build-up to their 2022 African Cup of Nations qualifiers against Togo and Egypt. Game scheduled for 22nd and 30th March respectively.

Harambee Stars coach Jacob “Ghost” Mulee believes the upcoming friendly matches will offer the local-based players a perfect chance to gauge themselves ahead of the 2022 Africa Cup of Nations qualifiers.

Mulee said Kenya will welcome neighbours South Sudan in Nairobi on 13th March. They will then face off with Tanzania on 15th and 18th March. South Sudan and Tanzania will also be preparing for their respective matches in the qualifying phase.

“We have not had a friendly match with the local based players. The matches will be a test on how ready they are for the big matches.” Said Mulee.

Twenty eight players have been training since 8th February in preparation for the matches against Togo and Egypt.

Tusker youngster Henry Meja was included in the squad following his impressive performances in the Football Kenya Federation Premier League where he has scored eight goals for the league leaders.

KCB has also contributed six players with defender Nahashon Alembi the notable inclusion from the bankers. They who are second in the league.

Gor Mahia skipper Kenneth Muguna and KCB midfield maestro Michael Mutinda have been rewarded for their impressive start to the season. In-form AFC Leopards striker Elvis Rupia is also part of the team.