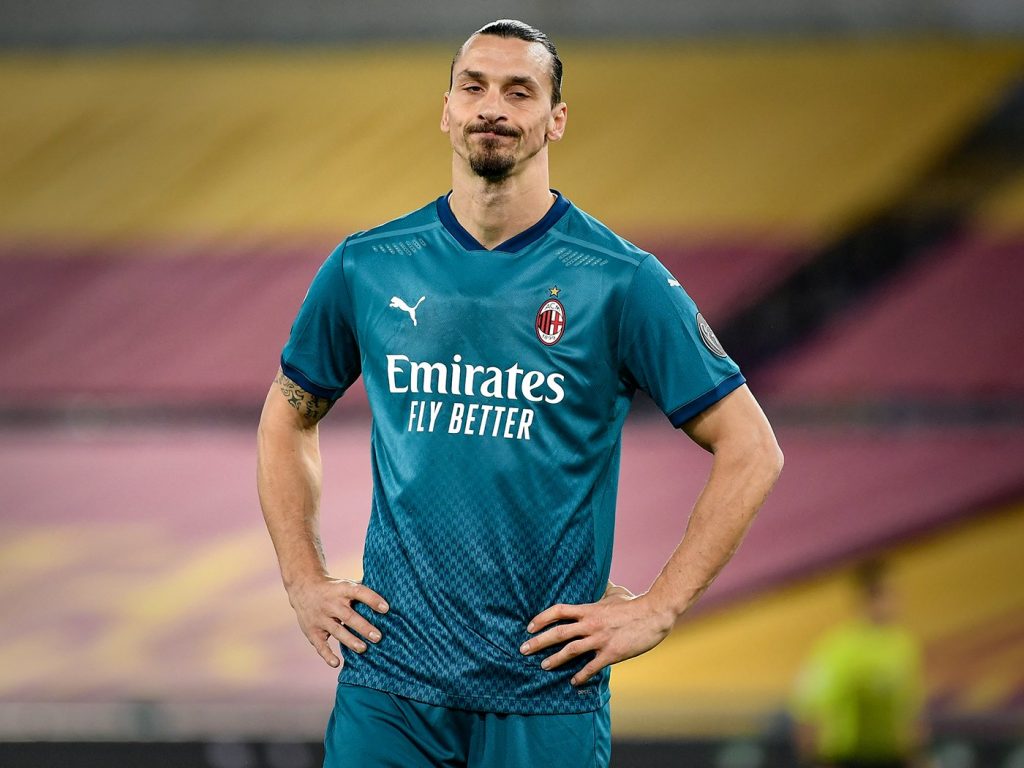 Zlatan Ibrahimovic dream of returning to Old Trafford to face is former club Manchester United is in doubt.

Ibrahimovic reportedly suffered an adductor muscle injury which will result in him missing at least four matches.

The 39-year-old is enjoying yet another stellar season in Serie A with the Rossoneri, having struck 16 goals in 21 games in all competitions to help place Stefano Pioli’s side in contention for a first title since 2011.

Milan got the better of Roma – and Zlatan’s former Reds team-mate Henrikh Mkhitaryan – on Sunday night, winning 2-1 to remain second, four points behind city rivals Inter, but it came as a cost as Ibrahimovic had to be substituted for Rafael Leao early in the second half, shortly before Ante Rebic’s deciding goal.

However, it is not yet clear whether Ibrahimovic will be fit enough to feature in the San Siro return the following Thursday.

Zlatan scored 29 times during a short but fruitful spell in Manchester between 2016 and 2018.

The former Red Devils  no.9 netted twice at Wembley to help clinch the 2017 EFL Cup final, against Southampton,

and played a key role in our first Europa League success later that season, despite missing the latter stages with a knee injury.

After the draw last week, it was confirmed that Diogo Dalot, who is on loan with Milan from United, would be eligible to play,

while former Bayern Munich and Juventus striker Mario Mandzukic has been included in the Rossoneri’s continental squad after joining in January.