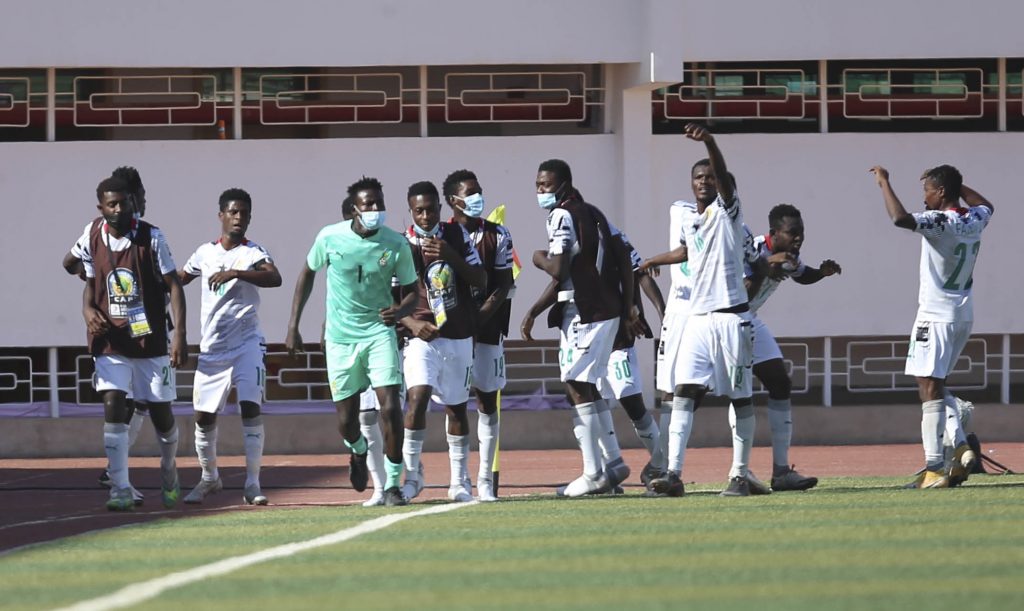 Black Satellites of Ghana took their revenge on Gambia by beating them (1-0) on Monday afternoon to seal their qualification into the AFCON U20 final.

A free-kick of Percious Boah (34 minutes) was enough for the team of Abdul Karim Zito to clinch the victory over the young Scorpions.

The teammates of Daniel Afriyie Barnieh managed to secure their advantage until the end of the game.

Read : AFCON U20 : confirmed lineups for Ghana vs Gambia game

It is the first time Ghana reaches the final since 2009. They will fight for the trophy against the winner of Uganda – Tunisia (tonight at 7:30pm) on March 6.