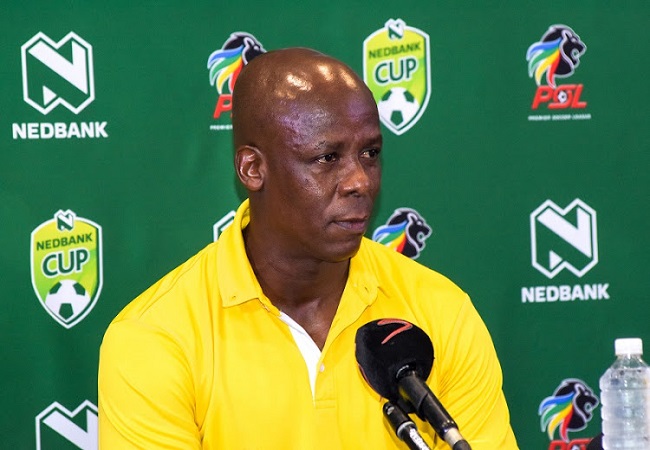 Golden Arrows head coach Mandla Ncikazi has shed light on the ongoing issue of racism in football. It’s very rare to see black coaches take up head coach positions at top clubs in Europe. And this has been a much talked about topic. However Mandla Ncikazi believes this problem is prevalent in South Africa.

The Premier Soccer League has been an easy target for European coaches to land jobs. And Ncikazi believe this is down to lack of trust and belief in black coaches from club bosses.

“I don’t want to answer it in terms of coaching. I want to answer it in terms of societal mindset. It is true that the history of our country did a lot of damage in a lot of us. And there is a saying that, ‘If you want to kill a black person, then send another black person.’ That is the history of apartheid.” Golden Arrows head coach Mandla Ncikazi told Kick-Off Magazine.

“Despite the drastic improvements in our league, the issue of bosses preferring to give jobs in that preferential line is still there just like you will find players not jumping as high when demanded by a local coach compared to when an import of a different skin colour says so.

“This is not in football alone. The problem is in the history of this country but not in our team. Some black people will rather take instructions from someone with a lighter skin colour than another black African.”

Mandla Ncikazi is currently doing a fantastic job at Golden Arrows. He took over the head coach position following the departure of Steve Komphela to Mamelodi Sundowns.

Ncikazi’s Arrows are in fifth position on the log standings, five points behind SuperSport United who are in second place. But the Durban outfit have three games in hand.