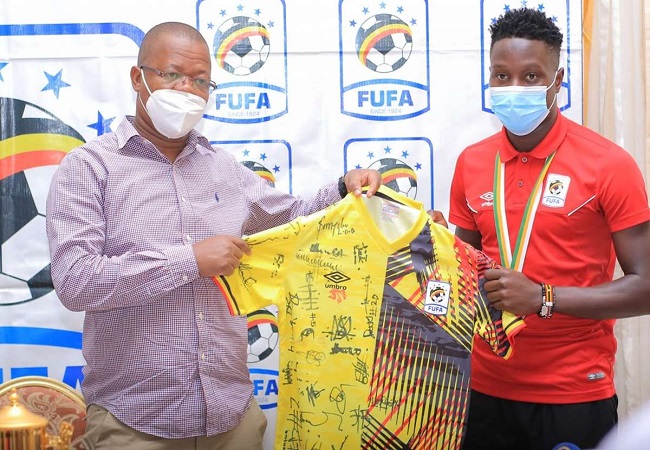 The Hippos who were making their debut in the U20 AFCON held in Mauritania, defied odds to grace the final. But they fell to Ghana 2-0 thanks to a Daniel Afriyie brace.

The Federation of Uganda Football Associations (FUFA) has rewarded the U20 contingent with $160,000 for their Historic achievements.

Despite the loss, the players had done enough to make the country proud. And the Federation has stepped forward to appreciate them.

“Fufa has offered $160,000 that is to say $4000 to each of the 40 members of the Uganda U20 team who were at the U20 Afcon tournament in Mauritania.” The Federation confirmed via their official social media outlets.

As it has been the norm, the last four teams in the U20 Afcon were to qualify for the global competition that was initially scheduled to play in Indonesia. But they cancelled it owing to the Covid-19 pandemic.

The tactician, however, believes something can be done to ensure the competition is played. Because cancelling it means some players will not get the opportunity again.

“Fifa needs to stick to the principles and find a way to play the tournament,” Byekwaso told reporters.

“We have been fighting so hard to reach the World Cup. But if we miss out on this chance the boys are going to grow, get older and go into the other age brackets.

“This means that our players will miss out on such a golden chance to play against the likes of Brazil, Argentina, Spain, Norway, and England.” Byekwaso added.

Interacting with such teams can never leave you the same. Because there is a lot you learn from them. Countries like Nigeria and Ghana have benefited from these tournaments. Because they often qualify for them.

The Hippos marked their debut in the U20 Afcon with a 2-0 win over Mozambique in Group A. They followed it up with a 1-0 loss to Cameroon before defeating hosts Mauritania 2-1 to advance to the quarters.

They eliminated Burkina Faso in the last eight through a penalty shootout before defeating Tunisia 4-1 in the semi-finals to advance to the final, where they fell to the Black Satellites.