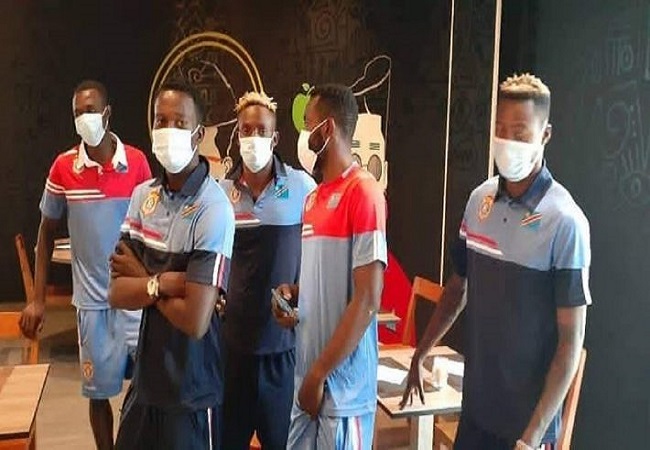 The Democratic Republic of Congo delegation failed to leave for Gabon on Tuesday due to travel hitches.

The Leopards are set to play Gabon in a 2021 Africa Cup of Nations qualifying match scheduled for Friday in Franceville.

FootRDC reports that the Leopards are still holed up in Kinshasa waiting for travel clearance of their chartered plane.

“The chartered plane to bring the Leopards to Gabon will not be able to take off from N’Djili International Airport until the following day, for lack of having gathered all the overflight authorizations as well from Gabon, for landing in Libreville first before resuming the air for its final destination, Franceville in addition to the overflight rights of the neighboring Republic of Congo, in the midst of the electoral count for the Presidential election,” the website reports.

The Leopards have all players in camp, including Ben Malango and Fabrice Ngoma from Raja Casablanca.

Nsengi has since said his team is ready to face the Panthers of Gabon.

“We are ready in the sense that we took the players who were physically developed. Being ready is at the mental level. It’s the latter who will do something in Franceville, which will make the team win. It is the spirit that will be on the ground and that will give the determination to give what we want,” he is quoted saying.

All players for the Leopards have since tested negative for Covid-19 following tests conducted on Tuesday.

The Leopards trained on Monday and Tuesday morning at the Stade des Martyrs.

The DRC are third in the group with six points behind Gambia and Gabon who have seven points each on top and second places respectively. Angola are bottom with one point.