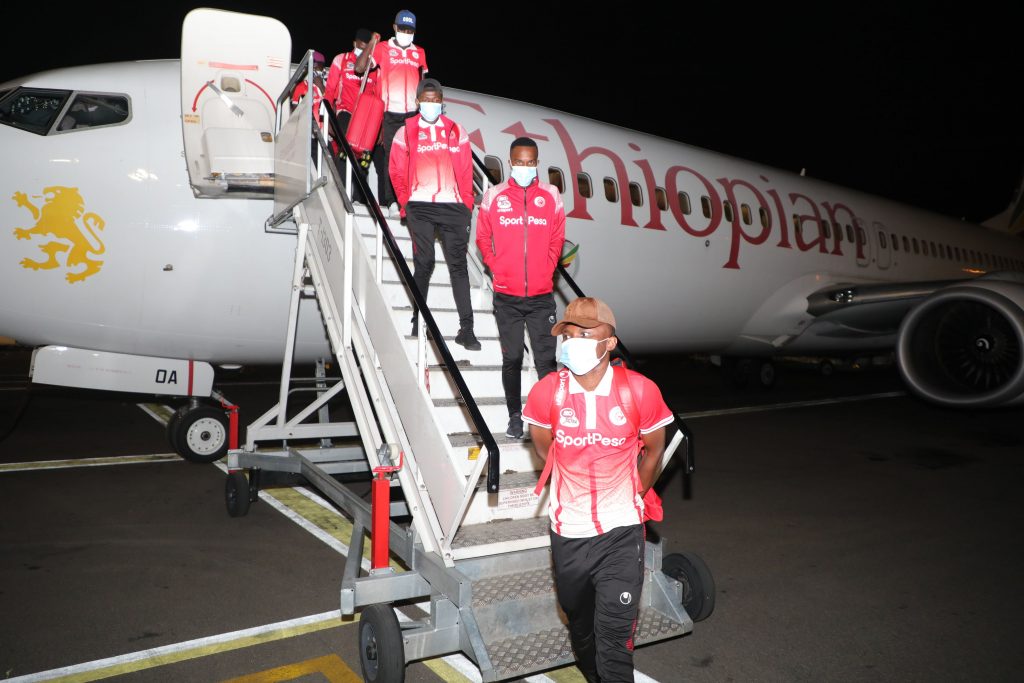 Simba SC of Tanzania have traveled with a strong 26-member squad to Egypt.

The team’s delegation traveled to Cairo via Dubai ahead of the final match for the group.

Simba coach Didier Gomez has said he wants his team to finish strongly in the group.

“Coach Didier Gomez has made it clear that he wants to keep his dignity despite qualifying for the quarter-finals so he has left with a full squad for the game,” Simba website says.

Simba Team manager, Patrick Rweyemamu, said preparations for the trip have been completed.

“The team leaves today at 9pm with 25 players and will pass through Dubai before heading to Egypt ready for our final group stage match against Al Ahly on Friday,” said Rweyemamu.

The match will be played on Friday, April 9 at 4pm Tanzanian time.