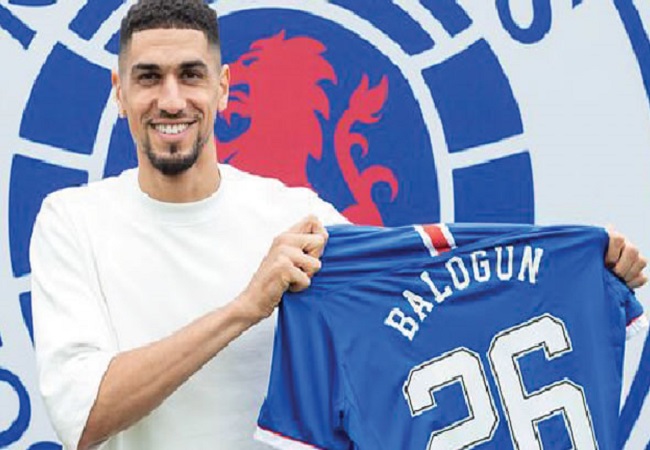 Leon Balogun has signed a new deal until the summer of 2022 with Scottish Premiership champions Glasgow Rangers. The Nigeria international center back has ended speculation about his future.

Light Blues have completed a new deal with Balogun after he played a key role as the club secured their 55th league title.

Since joining Rangers as a free agent last summer, the former Mainz and Brighton & Hove man has played 28 games in all competitions and provided three assists to his teammates.

“Today is a very happy day and a very proud day announcing my contract has been extended for another year.” Balogun told Rangers’ official webpage after putting pen to paper.

“I am proud to be a part of this amazing club. And I felt that pretty early on I had fallen in love with the club and the working environment. The way the players and the management staff work and the way the club is a big family. I am happy and proud that I can call myself a Rangers player.

“I am happy to be a part of the team that won the league. But what we have been saying recently is we are just getting started. And I am happy that I can be a part of this I said a few weeks in to one of my family. I wish I had been at a club and an environment like this early-on in my career.

“I am very, very happy and proud that this can now be announced. One thing too, I was never going to leave before witnessing a full Ibrox Stadium. And if everyone was happy, I was going to stay.” He continued.