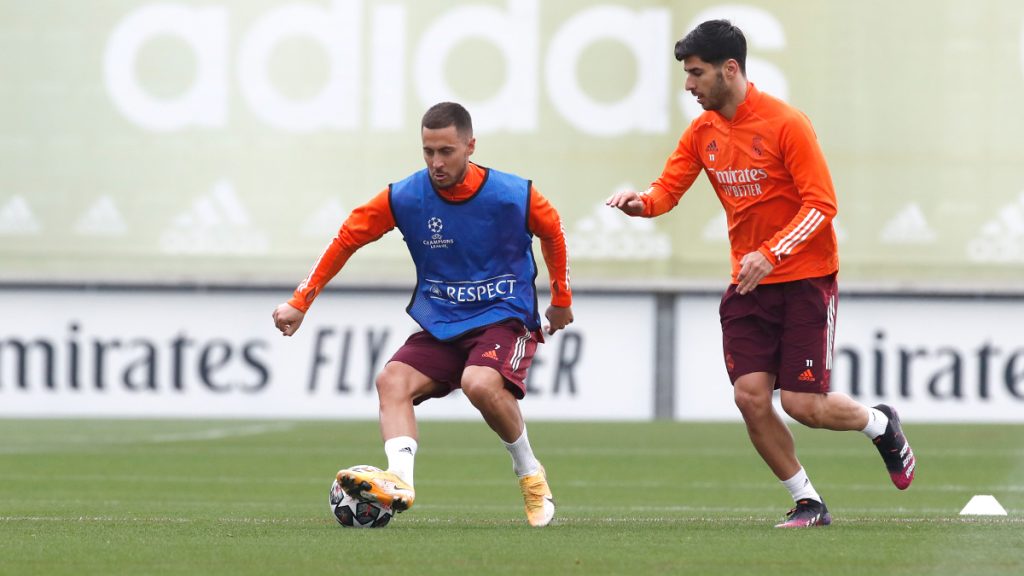 Real Madrid manager Zinedine Zidane is set to unleash Eden Hazard on Chelsea when both teams clash in Tuesday’s UEFA Champions League semi-final.
Hazard was included in Zidane 23 man squad ahead of the first leg at the Alfredo Di Stefano as the Belgian will face his former club for the first time.
Speaking in his pre-match conference, Zidane said the former Chelsea is ready to return to full action and will bring a lot to the team.

“He’s fine. He was very comfortable when he played the other day and that was the most important thing: he didn’t feel any pain.
“He’s ready to go now. We’re happy he’s available because he’s going to bring a lot to the team”.
Reacting to the much anticipated Champions League game the Real Madrid gaffer said his team will fight from the first minute to the last.
“Both teams are experienced in every competition and we’ll have to put in two very good performances to get through to the final.
“We’re preparing for that and we’re going to fight from the first minute to the last”.

“It’s a semi-final and it’s going to be tough.

“It’s the most difficult and the most exciting game because it’s the next one we play.
“The Champions League is special and we’re going to approach it how a Champions League semi-final should be approached.
“We’ve prepared well and will be looking to put in a good performance and compete”.