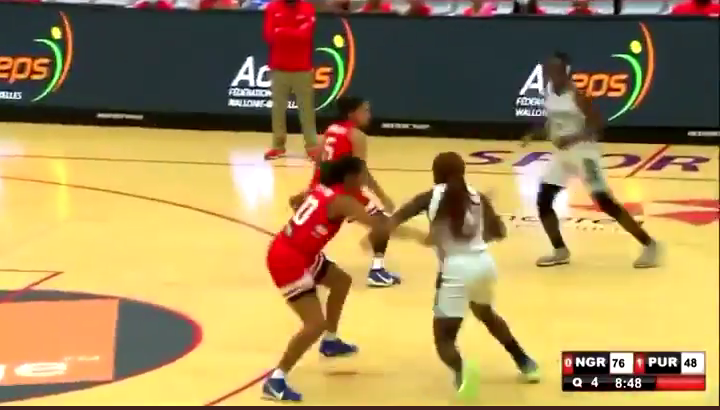 Nigeria female Basketball team D’Tigress on Friday evening at the Lange Munte arena in Kortrijk defeated Puerto Rico 89-63 points in one of the friendly matches lined up by the federation to prepare the team for the Olympic Games.

The team which landed in Belgium from Las Vegas- USA earlier in the week showed their intention early in the game as they raced to a 13-9 lead in the first quarter.
Breakdown of the four quarters saw the teams dominate all through 17-13, 31-16, 24-19, 17-15 to start their friendly match series on a winning note.
Amy Okonkwo who recently had a training camp stint with Dallas Wings contributed 14pts, 6rebs with a 50% field goal percentage.

15 minutes was all 23 year old Pallas Kunaiyi-Akpannah needed as she dropped 14points and 3rebs on the night when she made 5 out of 7 attempted shots.
Usual suspect, Adaora Elonu dropped 14pts and 2 steals as the team closed out the game in an emphatic fashion.
With Otis giving enough playing time to all the players in camp bar Victoria Macaulay who watched from the bench, it was a dominant performance as all the players got at least 2 points.
Atonye Nyingifa had 10pts, 3rebs and 2assts while Promise Amukamara scored 8pts and 5 steals
The battle for a seat on the plane to the Tokyo 2020 Olympic Games continues with a game against world number 8- Serbia by 4pm at the same venue today.