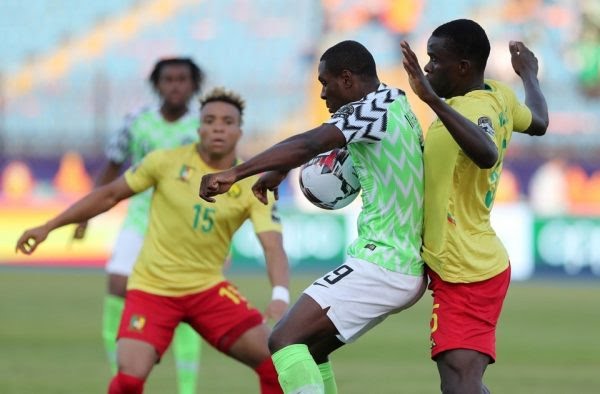 Super head coach Gernot Rohr has confirmed that only four defenders will be available for selection when Super Eagles takes on Cameroon on Tuesday.

Troost-Ekong was replaced by Valentine Ozonwafor while Collins played completed the game.

Rohr said with two of his defenders possible no longer available for selection, he will be playing three defenders in Tuesday game.

He told ESPN that it will be difficult to manage the situation without both players.

“Unfortunately, we lost two players to injury, which will make it difficult for the second game in the defence because Troost- Ekong and Collins are out, they cannot play.

“So, we have to manage the difficult situation.

‘But it’s also an opportunity to play with three defenders only and to change the system to try something different, that’s why we are happy to play the second game.”