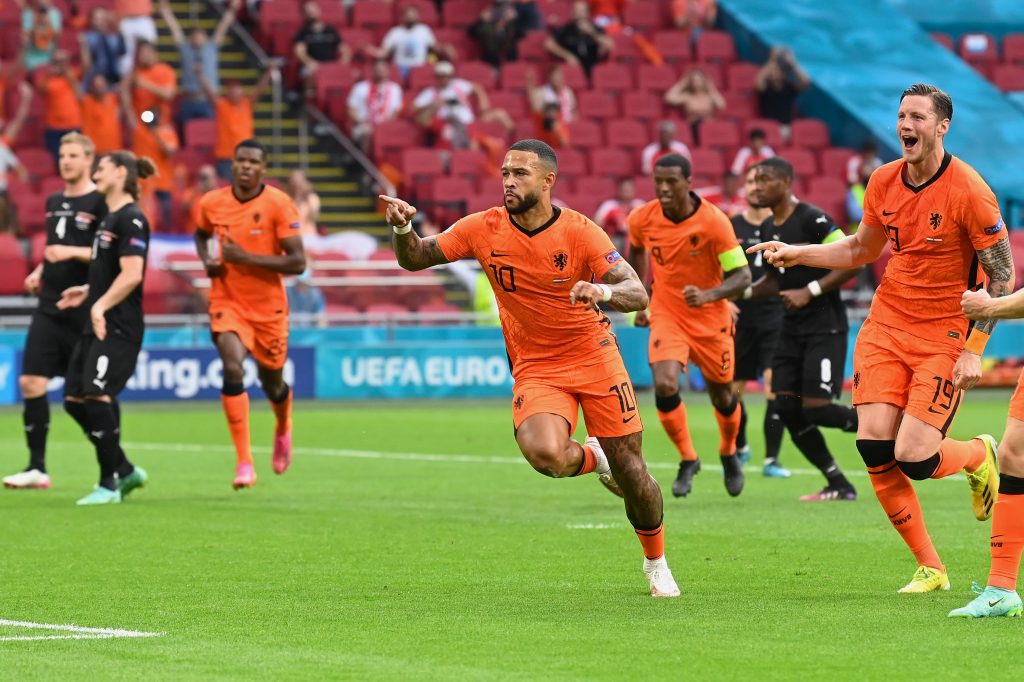 The Netherlands defeated Austria 2-0 to reach the knock out stage of the Euro 2020 at the Johan Cruijff Arena on Thursday night.
Having won their Group C opening game against Ukraine in a five goals thriller opener, the Oranje Boys improved on their opening game performance.
Matthijs de Ligt who missed the opener returned to the starting eleven  at the heart of the Dutch defence.
The Netherlands wasted no time as Mephis Depay scored from the spot just 11 minutes of play after a speedy attack from the blast of the whistle.

Depay’s  goal was what separated both side heading to the dressing room.
In the 67th minute Denzel Dumfries once again found his name on the score sheet for the second time in the competition equalling Ruud Van Nistelrooy’s record as players to score in their first two Euro games.
With the smooth victory, the Netherlands  have won their last six matches against Austria.
They are on the verge of matching Portugal longest unbeaten run at a major tournament both World Cup and Euros.
The Oranje Boys are now unbeaten in their last nine game ,the longest run by a European nation since Portugal went 12 without defeat across the 2014 and  2018 World Cups, including EURO 2016 in between.
They now joined Belgium and Italy who have earlier booked their place in the knockout stage.
For Austria, they still stand a chance of qualifying to the knock out and that means they must defeat Ukraine in their last game.