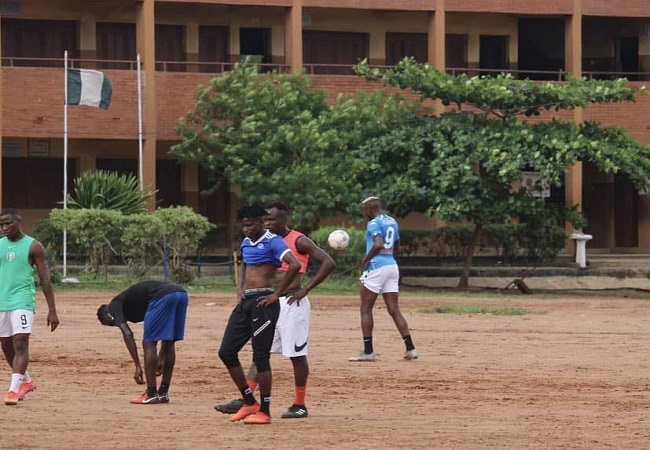 Napoli striker Victor Osimhen after was seen training with a group of non-league footballers in Lagos. With the season over, Osimhen should be on holidays recharging his batteries.

However, unlike his Super Eagles teammates, who are currently enjoying their holidays, Osimhen is in Lagos training with some local footballers.

The 22-year-old was seen Thursday playing on a local pitch in Nigeria’s commercial capital while also giving out advice to these players.

Osimhen will hope to carry his form in the last few weeks of the just-concluded campaign into the next Serie A season.

The Nigerian international joined Napoli from Lille for a club and African record fee last summer. But he failed to settle in quickly.

Osimhen missed more than three months of action due to a shoulder injury and coronavirus. However, he had a strong finish to the season, scoring seven times in the last 11 league games.

The ex-Lille star scored ten league goals for Napoli last season, although the Neapolitans missed out on Champions League qualification on the last day.