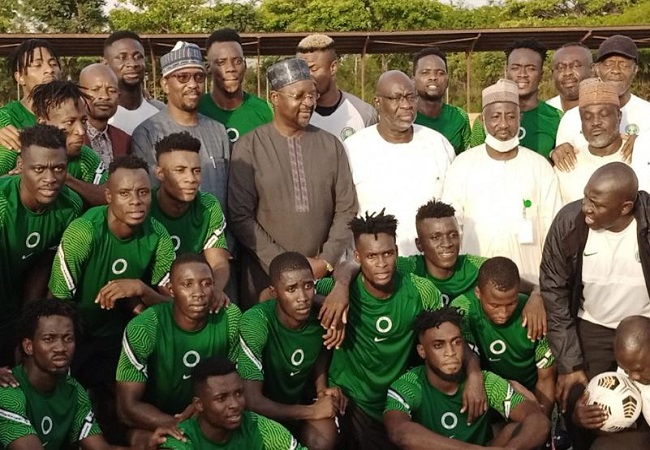 The Super Eagles movement in different cities for official matches will soon be over as soon rehabilitation work is completed  at the Moshood Abiola National Stadium Abuja and the National  Stadium, Surulere,  Lagos.

The Minister of Youth and Sports Development, Sunday Dare, assured this when visiting the training  camp of the Home-based Super Eagles in Abuja.

“The National team is the pride of the nation. No national team moves  from one city to another.” Dare said.

“The Eagles deserve a permanent home ground to give them a sence of belonging and  to maximize the benefits  of playing at home in a regular venue.”

Once the facilities  are ready, we will get the NFF to get Fifa certify  the stadiums  so that our teams can have a Permanent  playing ground.”

The Minister asserted that his dream is to see the National teams have Permanent camp as was the case in the past, instead of the adhoc arrangements of inviting players to train for only few days before matches.

The Super Eagles  have been made  to move from one venue to another due to the poor  states of the two National  Stadiums in Abuja and Lagos.