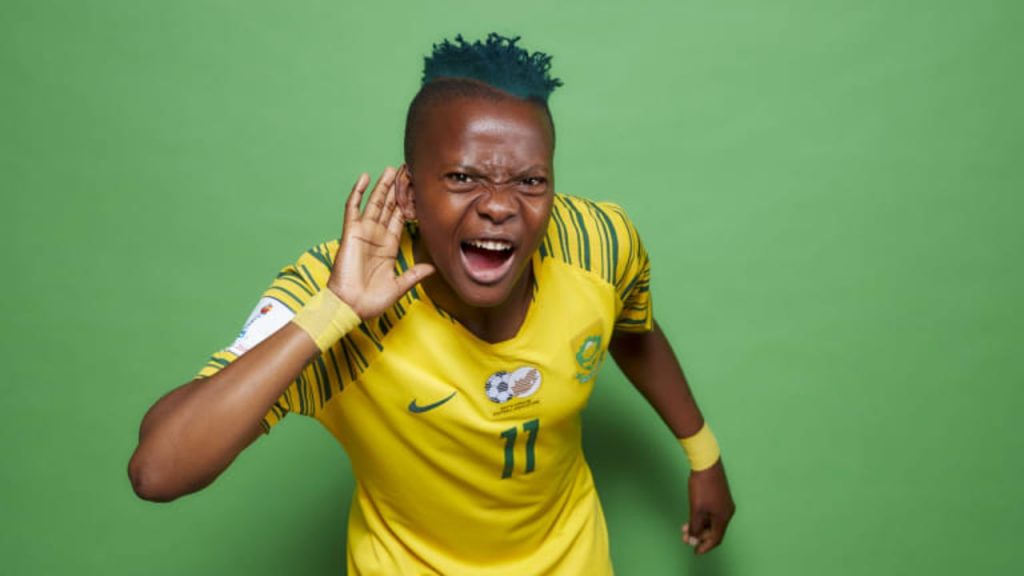 South African women’s team forward Thembi Kgatlana has made a bigger step in her career as he joins Primera Division Femenina giants Atletico Madrid on a two year-deal.

The Banyana Banyana star enjoyed a good season with SD Eibar last season as she scored 10 goals in 21 appearances in the Women’s top-flight in Spain.

She will wear the red and white colors until June 2023 and appeared to be really excited to join Atletico Women.

“I am very happy to arrive at Atlético de Madrid. As a soccer player you always dream of playing in the best clubs,” Kgatlana told the club’s media department.

“My first goal is to be a team player and work hard for the team. I’m very happy to be able to join you soon, I can’t wait to meet you all.”

In addition, the 50-times South Africa capped has been named CAF Women’s Footballer of the Year in 2018.