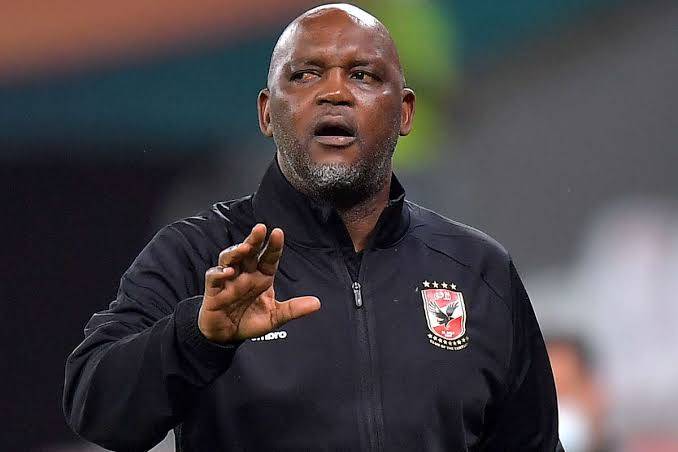 Al Ahly head coach Pitso Mosimane has described the victory over Arab Contractors at the Petrosport Stadium as we deserved one.

The Reds Army defeated their opponent by 2-0 and moved up to second position on the Egypt Premier League.

Musimani in his post-match press conference with the club media said the first minute, his team were prevented from scoring.

The South African said, “Today’s match was very difficult, especially since the Arab Contractors team played from the first minute to prevent Al-Ahly from scoring goals, but the team dealt well and managed to achieve its goal and exit with the three points, and cut a step in the league race. Excellent.”

He indicated that he changed the way of playing by reducing the number of defenders and increasing the attacking force, which helped them to get the two goals.

The gaffer revealed that patience especially since with the passage of time that earned them the victory.

“This is football, we must accept it, especially when we face a team that defends with 7 players.”

The coach confirmed that he was keen to win and go step by step by focusing on the Egypt clearing match, and then preparing for the Kaizer Chiefs match.