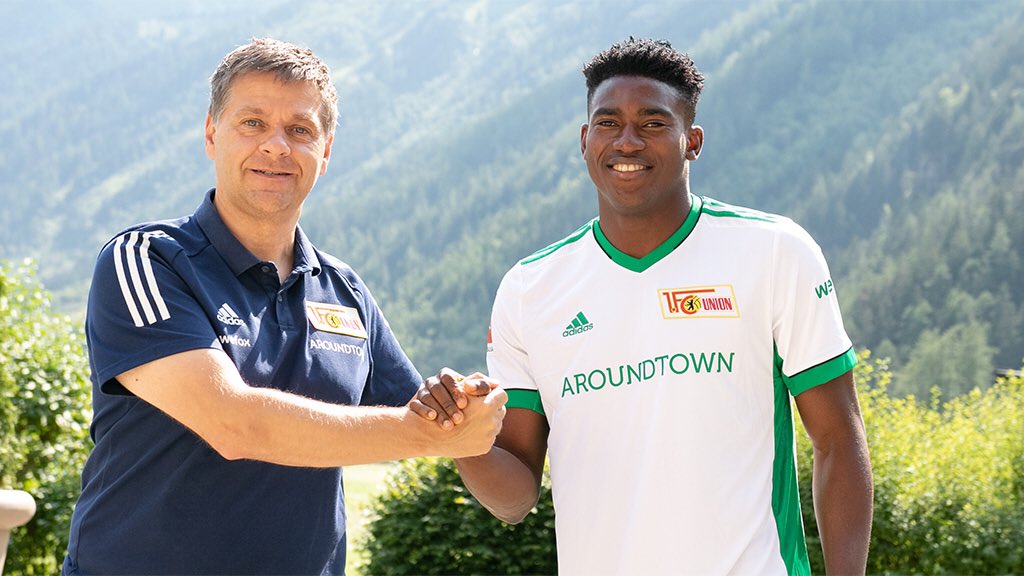 Nigerian forward Taiwo Awoniyi has definitely left Liverpool as he completes a permanent move to German Bundesliga side Union Berlin.

The 23-year old never has been given a chance to prove his qualities since joining the Reds in 2015 from Imperial Academy in Nigeria.

He spent all his six years with the Merseyside out on loan respectively at FSV Frankfurt, NEC Nijmegen, Royal Excel Mouscron (twice), KAA Gent, FSV Mainz 05 and most recently with Union Berlin last term.

However, Awoniyi decided now to fully commit to a club where he will be valued and get much playing time and expects not to be halted by injuries as the case was in the last few years.

Read : Petagna discusses his association with Osimhen at Napoli

And it appears to be Union Berlin where he played last season and scored 5 goals and 4 assists in 22 appearances across all competitions.

After signing his contract, the duration of which have is not disclosed by both clubs as well as the transfer fee, Taiwo Awoniyi expressed his delight to rejoin the club as he left Liverpool’s preseason camp in Austria.

“I am happy to finally arrive after the many rental stations of the last few years and to have a home away from home. I owe Union a lot and to have a firm commitment now makes me happy and proud. It’s fantastic to be able to continue on the right track with the club. I’ll give it my all to pick up where I was before my injury“, the Super Eagle told Union Berlin’s web.

In addition, Taiwo Awoniyi will will keep his shirt number (14), the one he wore last season.