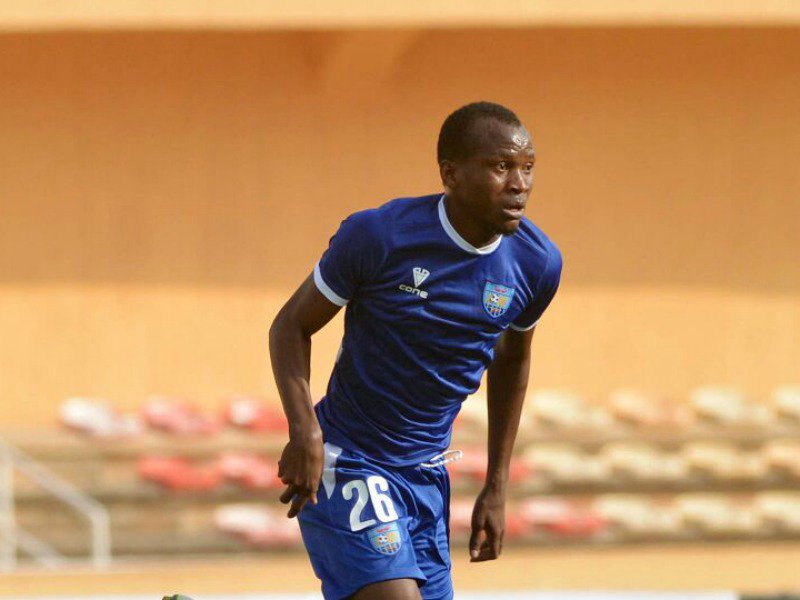 Enyimba Football Club have thrown their weight behind captain Austine Oladapo following his one year ban by the Confederation of African Football CAF.

Oladapo was handed a one year ban after he tested positive for a banned substance steroid Prenisolone/prednisolone.

The club chairman Felix Anyansi Agwu in a statement said the club have zero tolerance to nay hard drugs or banned substance.

Anyansi also revealed that the club have appealed the decision by CAF declaring the club support for the captain.

“We received a letter from the Confederation of African Football informing us that our player, Austin Oladapo, has been suspended for twelve months for failing a doping test.

“According to the letter, as well as previous correspondences on the issue, Oladapo’s urine sample, taken after the CAF Confederation Cup quarter-final first leg against Pyramids FC on May 16, 2021, tested positive for the banned substance Prednisolone.

“While we have been given the option to appeal the decision, it is pertinent to first clarify that as a club, we have a strict code of conduct that shows zero tolerance to hard drugs or any banned substance.

“That is why there had never been any record of a positive doping test for any of our players, either in the domestic or international competitions.

“It is also important to state that the player in question is a true professional who strongly upholds and has always abided by the high standards of our club; and it was for this reason, alongside his exceptional leadership on and off the pitch, that he was chosen as captain of our team.

“We are therefore convinced that a player who over his four years with us has shown such an exemplary level of moral and professional discipline could not have knowingly taken the said substance.

“Also worthy of note is the fact the player has had a clean doping record, having been subjected to tests on previous occasions in CAF Competitions – CARA Brazzaville vs Enyimba (2018) and the 2018 CHAN in Morocco.

“On both occasions, the tests returned negative.

“As we already pointed out in our communication to CAF, Oladapo, before the game against Pyramids, Oladapo had been on preventive covid-specific treatment after being diagnosed with malaria with bronchitis.

“It was indicated in his medical report, which was also attached to our letter to CAF, that “some of the treatment given in this regard are steroidal and could reveal prednisolone in his tribe sample test.”

“Although we have not been made aware of the percentage of the substance concentration in his urine, we believe that any trace of it would have resulted from the prescribed medication.

“In following this matter, Enyimba FC will consider all available options, but will in the meantime continue to stand with and defend our star midfielder, who over the years has shown exceptional discipline and character worthy of our revered captain’s armband.”