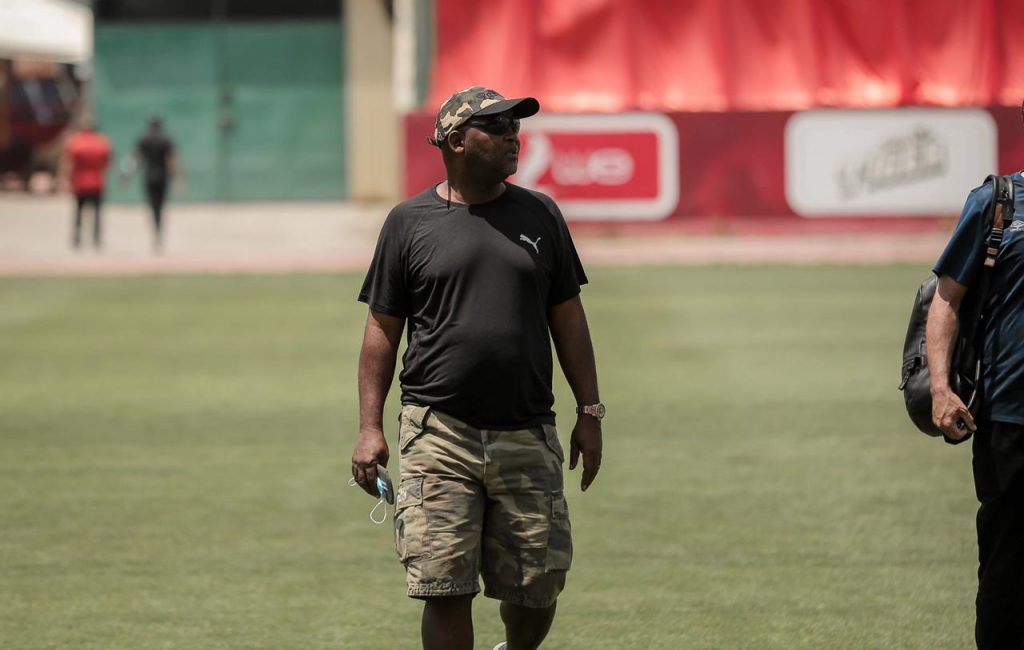 Al Ahly moved to within three points of leader Zamalek after beating Aswan SC 3-1 at Petrosport Stadium on Thursday evening in the Egyptian Premier League match.

Al Ahly took their tally to 58 points with a game in hand over the rivals Zamalek who have 61 points from 27 games.

In a post-match interview, Al Ahly coach Pitso Mosimane said Aswan’s style of play frustrated the holders but they found a way of winning the game.

“When teams play against us, they sit back and go on counter-attacks. That was very frustrating for us. Today, Aswan went to attack in the final minutes and were vulnerable in the back and we managed to make use of that,” Mosimane told Al Ahly media.

“Walter has been scoring in the last minutes and I hope that scoring will boost his confidence. Kahraba also has been in a good form after playing the last couple of games. Moreover, Hussein also contributed to the goals today with two assists,” he said.

Al Ahly won CAF Super Cup and CAF Champions League. They are now chasing the domestic league and cup in Egypt to complete their perfect season under Mosimane who joined last season from Sundowns.