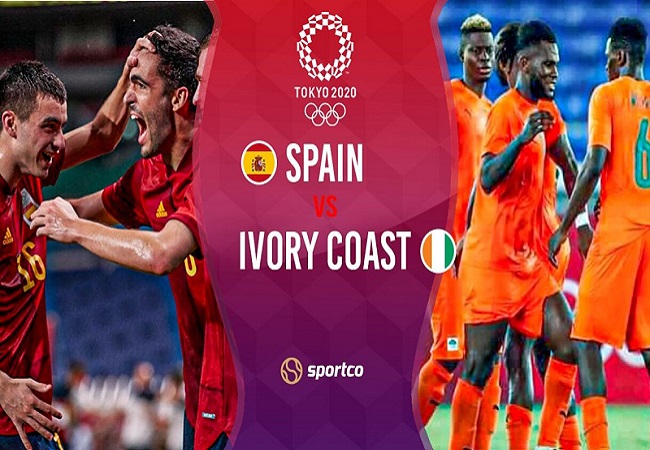 Tokyo 2020 knock-out stage starts this Saturday morning with Ivory Coast taking on Spain for the quarterfinals first game. The game will kick off at the Miyagi Stadium at 08:00 GMT.

In a group with Brazil and Germany among the favorites, Ivory Coast managed the feat of advancing to the quarterfinals. The Elephants finished in second place with five points – coming from two draws and one win.

Without a surprising campaign, Spain finished the first round as Group C leader, with five points. With a 55.6% success rate, La Roja also had two draws and one win.