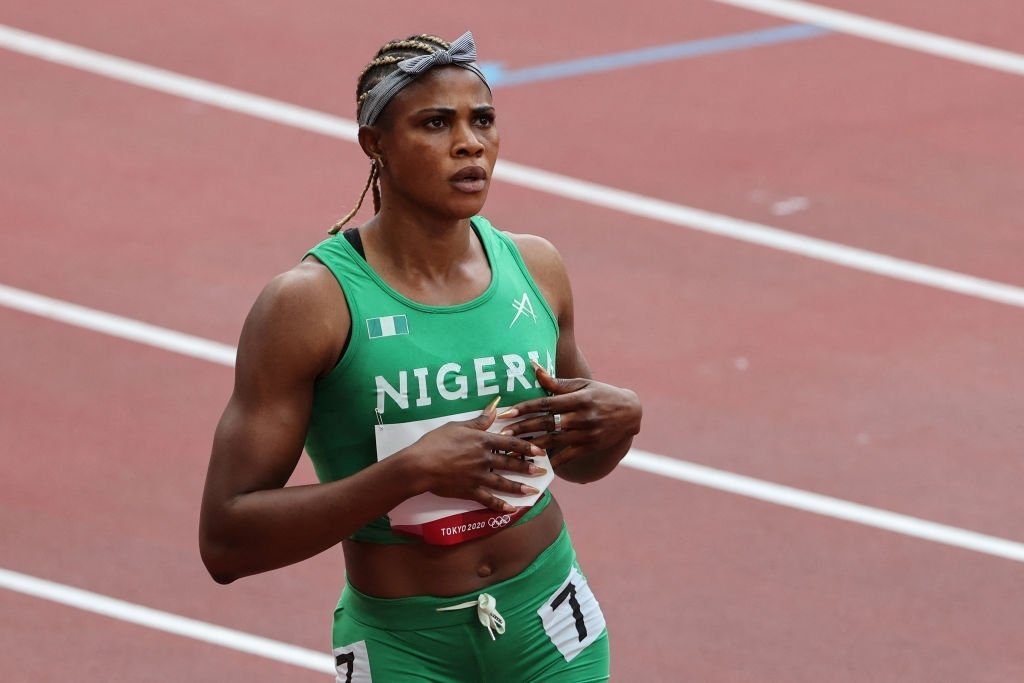 The Athletic Federation of Nigeria AFN is optimistic Blessing Okagbare can still compete at the ongoing Tokyo 2020 Olympic Games.
Okagbare was handed a provisional suspension from the ongoing Olympic Games after she was alleged to have tested positive a banned substance by the World Athletic Integrity Unit.

According to AFN, there is a process for  Okagbare to prove her innocence but as it stands, she cannot compete until the process is complete.
A statement released to that effect reads;
“There is a process for Blessing Okagbare to prove her innocence, so we’re sure she & her team will go through it.
“Currently, there are 5 stages in the AIU disciplinary process.
“As of today, there are a total of 223 athletes that are in one stage or the other.
“Unfortunately, the athlete is not allowed to compete until they are either cleared in the First Instance Decision or after the ineligibility period.
“They can also challenge the First Instance Decision and get it dismissed, otherwise the penalty is upheld.”
Okagbare was due to take part in the 100m semi final after she eased through in the women’s heat on Friday.