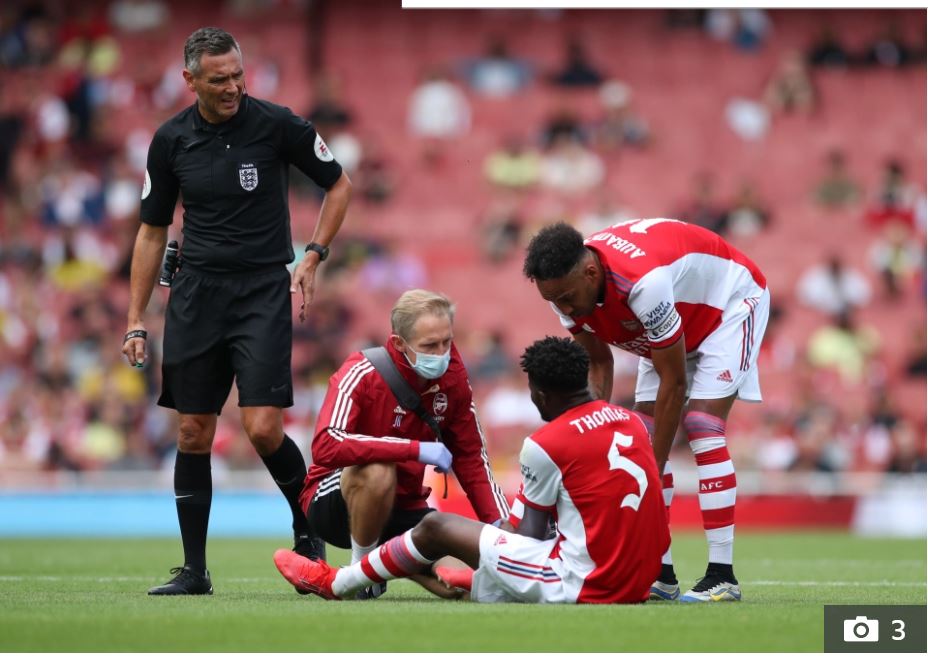 Ghanaian midfielder Thomas Partey suffered a new injury with Arsenal in a pre-season match at the Emirates Stadium on Sunday afternoon.

Partey was enjoying the fans present in the stadium since the beginning of the game with his lovely ball controls and decent passes.

However, the 28-year old had to be subbed following a rough challenge from Chelsea forward Ruben Loftus-Cheek.

Thomas Partey then has been accompanied out of the field and was limping.

Though Arsenal are yet to release an official statement about the type of injury the former Atletico Madrid star contracted, reports start claiming that it is an ankle injury.

In addition, gunners lose to Blues with a 1-2 scoreline though Xhaka responded to Kai Havertz’s opener as Tammy Abraham gave the away side the victory.