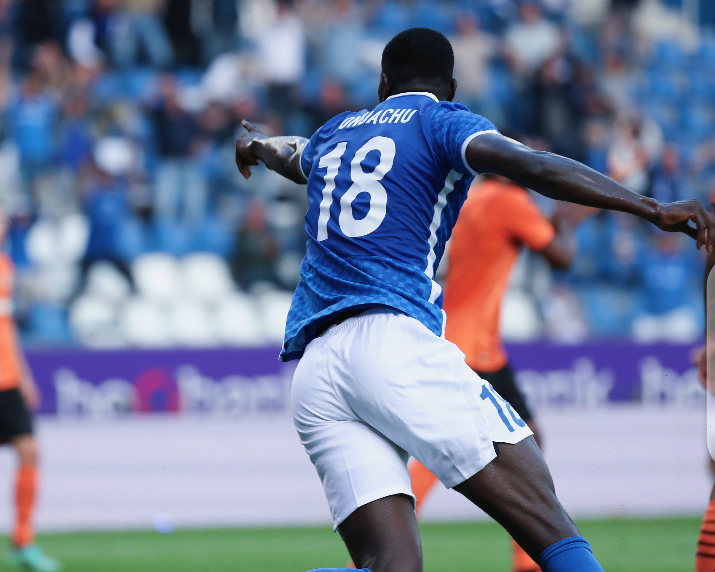 Paul Onuachu continued his goal scoring prowess for KRC Genk who suffered a 2-1 loss at home to  Shakhtar Donetsk in the first leg of their UEFA Champions League third qualifying round.

Onuachu who scooped the Belgian Pro League player and highest goal scorer of award last season was in action at the Luminus Arena on Tuesday night.

The striker put Genk on front in the 39th minute after he was set up by Junya Ito.

Onuachu didn’t complete the game as he was replaced by his compatriot, Cyriel Dessers eight minutes from time.

Elsewhere, the duo of Leon Balogun and Joe Aribo missed in action in Rangers 2-1 loss away to Malmo.

Balogun missed the game due to suspension while Aribo did not travelled with the squad.