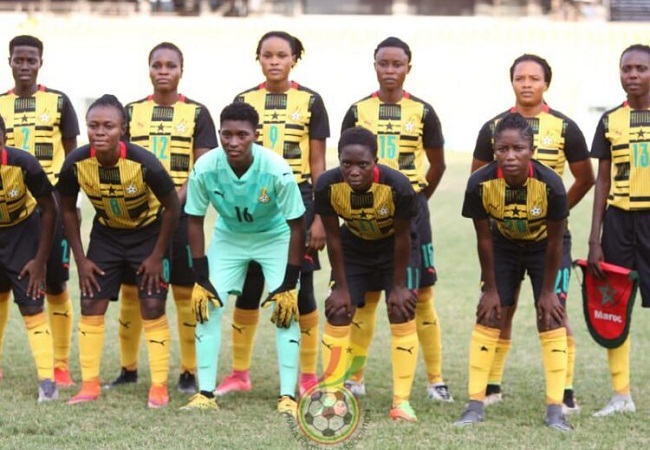 Ghana’s female national team, the Black Queens, have reportedly boycotted a training camp ahead of a Women’s Football Tournament as they won’t be paid for playing.

This comes after the head coach Mercy Tagoe-Quarcoo named a provisional 30-squad list for the upcoming Aisha Buhari invitational Women’s Football Tournament scheduled from 13 September to 21 September in Lagos Nigeria.

The players and technical team were meant to report to camp at the GFA Technical Centre (GSCE), Prampram on Sunday. But they were a no show.

Black Queens defender Portia Boakye reportedly said players did not show up for the camp after they were told that there was no money involved in the tournament.

“As a worker, you are to be paid for what you do. So we called our head coach and told her to find out from authorities if we are taking per diem in the tournament we are going to play in Nigeria. She told us she has had a meeting with the authorities. And they told her that there’s no pesewa in it. So we (foreign and local players) also decided to boycott camping since there’s nothing for us.” She told Ghanasportspage.com.

“Imagine if some of the locals borrowed money to buy boots or used as transportation to report to camping. And you are going to camp us for months. You later release us and give us nothing, how is that player going to settle her debt?” She Added.

It remains unclear whether the team will find a resolution with the Ghana Football Association (GFA) and report to camp to continue preparations for the tournament.

The continent’s top 6 national teams have been drawn into two groups with Group A consisting of hosts Nigeria, Morocco and Mali while Banyana Banyana head Group B comprising of Ghana and Cameroon.

Nigeria, Cameroon and South Africa are the three leading African countries according to Fifa rankings with Ghana, Mali and Morocco occupying numbers 4, 5 and 6 respectively.

Nigeria and Morocco set the ball rolling on 13 September in the first match of the tournament with Cameroon and Ghana clashing later in the day in another potentially exciting encounter.

Banyana Banyana kick-starts their campaign against Cameroon on 15 September and round off their Group stage matches with a clash against Ghana on 17 September.

The two top teams in each Group proceed to the semi-finals with the winner of the Group taking on the second-placed of the other group.

All participating teams will use this tournament to fine-tune their squads in preparation for the upcoming CAF AWCON qualifiers scheduled to commence in October.