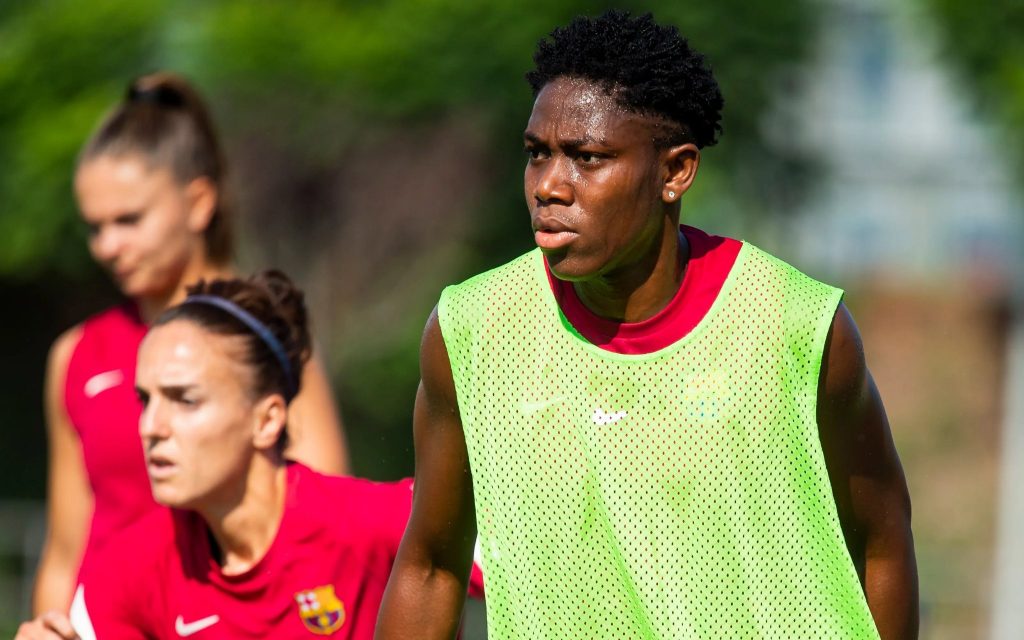 Asisat Oshoala and her Barcelona Femeni teammates have been drawn against Arsenal, Hoffenheim and Koge in the 2021/2022 UEFA Women’s Champions League.

Oshoala would battled against his former club Arsenal.

The Barcelona Femeni forward helped Arsenal to win the 2016 FA Women’s Cup Final on 14 May.

She made 13 appearances for the club during the 2016 season and scored Arsenal winning goal against Notts County, before she left the club in 2017.

The draws which was held on Monday will see Barcelona wo are defending champions begin their campaign against Koge away in Denmark.

This season will for the first time see 16 teams contend for the title which kicks off October 4.

According to UEFA, the 16 contenders will compete in four groups, playing home and away until 15 and 16 December.

The top two teams in each group will progress to the quarter-finals.