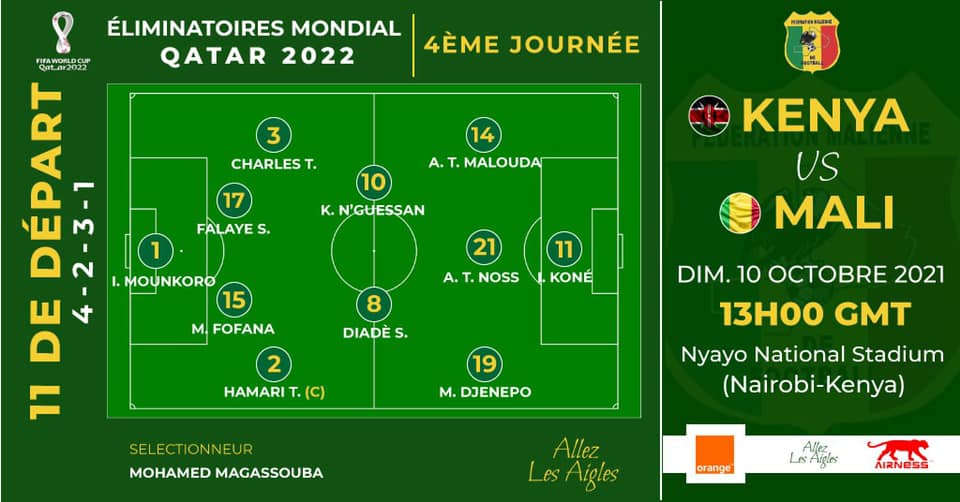 Kenya are welcoming Mali at Nyayo National Stadium in a return match of the World Cup qaulifiers this afternoon.

Now the hosts want a better result to kickstart their campaign towards Qatar 2022.

Mali lead the group with seven points from three games followed by Uganda on second place with five points.