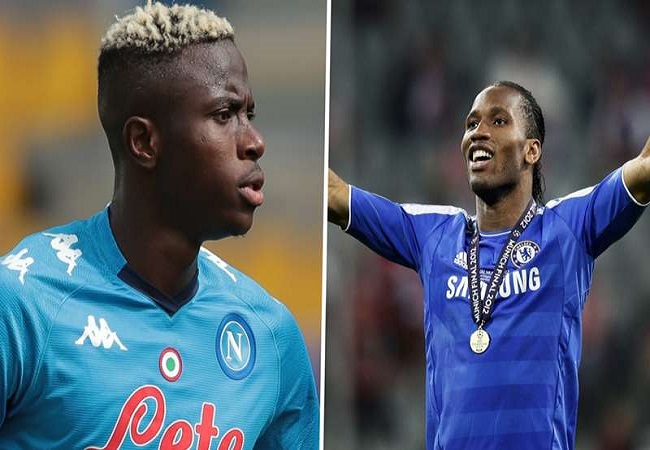 Super Eagles and Napoli striker Victor Osimhen has revealed that two Chelsea legends Didier Drogba and John Obi Mikel have inspired his for his career.

The Nigeria international arrived Napoli in the summer of 2020 from Lille. Transfer that cost Napolitans 70 million euros, making him the most expensive African-born player in history.

Osimhen has made remarkable progress in his career considering that seven years ago, he claimed to be selling sachet water in Lagos traffic.

The Napoli number 9 says he always wanted to be a professional footballer. And he looked up to Drogba and Mikel who won several titles with Chelsea.

Also Read : DIDIER DROGBA TURNS BACK TIME WITH A HAT-TRICK IN CHARITY MATCH

In a chat with William Troost-Ekong’s YouTube page, Osimhen was asked to share his thoughts on being the most expensive African (born) player.

“It feels good. It all started like a dream. Boyhood dream from the slum.

“Just wanted to become a professional player, inspired by a lot of big legends like Didier Drogba, Odion Ighalo, Mikel Obi, and the rest. And I feel like to be able to achieve this feat, is one of my biggest achievements in life. And I’m really grateful to God for that“. He replied.

Osimhen is back training with Napoli after international commitments with the Super Eagles.

He has tallied nine goals in twelve appearances combined for club and country so far in 2021-2022.