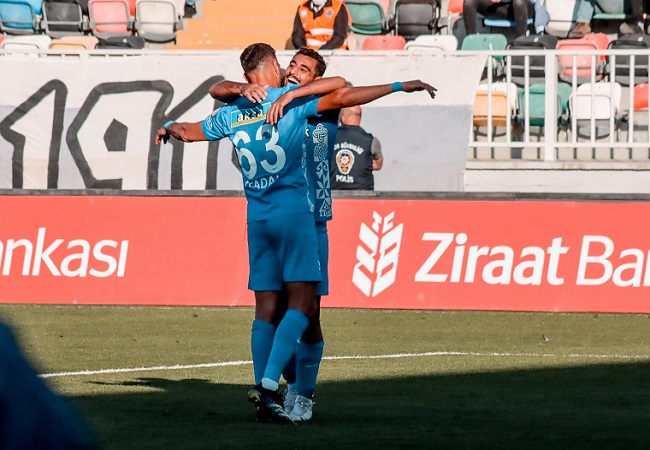 Following a goal on his debut, Rayan netted just one more time to take his goal tally to two goals in six league games in the Turkish Super Lig.

With Altay SK opening their Turkish Cup campaign against fourth-division club Belediye Derincespor, Rayan was given playing time from the start for the only third time this season.

And it was Altay who broke the deadlock after just 34 minutes into the game through German striker Deniz Kadah, before Rayan doubled their lead just one minute later after lobbing it over the goalkeeper from close range.

Two minutes before the half-time whistle, the visitors grabbed one back through Sercan Uslu, before former Spartak Prague forward Marco Paixao made it 3-1 n the 47th minute.

Then in the 59th minute, Rayan completed his brace with a brilliant strike from outside the penalty area, for then Senegal’s Khaly Thiam to seal the deal with a fifth goal in the 87th minute.

Rayan has now four goals in seven games since his move to Turkey, with an average of a goal every 65 minutes.