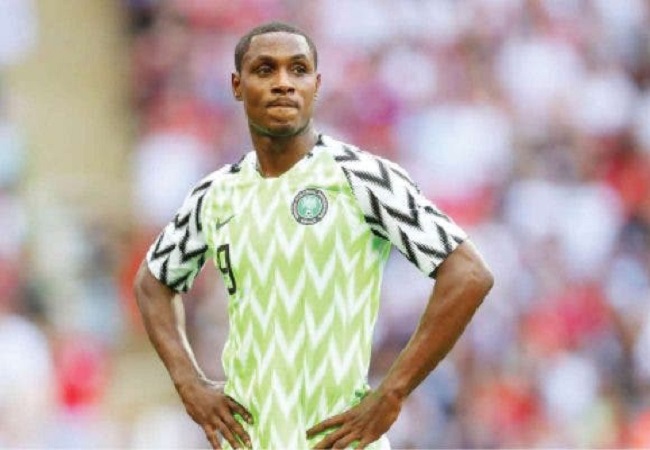 The former Manchester United man retired from international duty after Nigeria’s third-place finish at the 2019 Africa Cup of Nations, where he finished as the top scorer with five goals.

However, almost three years after his retirement, Rohr revealed Ighalo is set for a return after naming him in his provisional squad for next month’s 2022 World Cup qualifier against Cape Verde and Liberia.

The 32-year-old is in line for a shock return to the national team more than two years after he decided to end his international career.

Pinnick also revealed he has been in contact with the ex-Watford striker over a potential return. Ighalo has now confirmed that talks did happen. But he has not decided on whether to return or not.

“They have been in contact with me about the possibility of coming back, Amaju and coach.” Ighalo told ESPN.

“I don’t know. I have not said yes or no. And I haven’t made any decision concerning the national team.”

Meanwhile, the 32-year-old showed why Rohr wants him back in the squad after he scored in Al-Shabab’s 3-0 win against Al Tai on Thursday night.

Before his retirement, Ighalo made 35 appearances for the Super Eagles, scoring 16 goals.