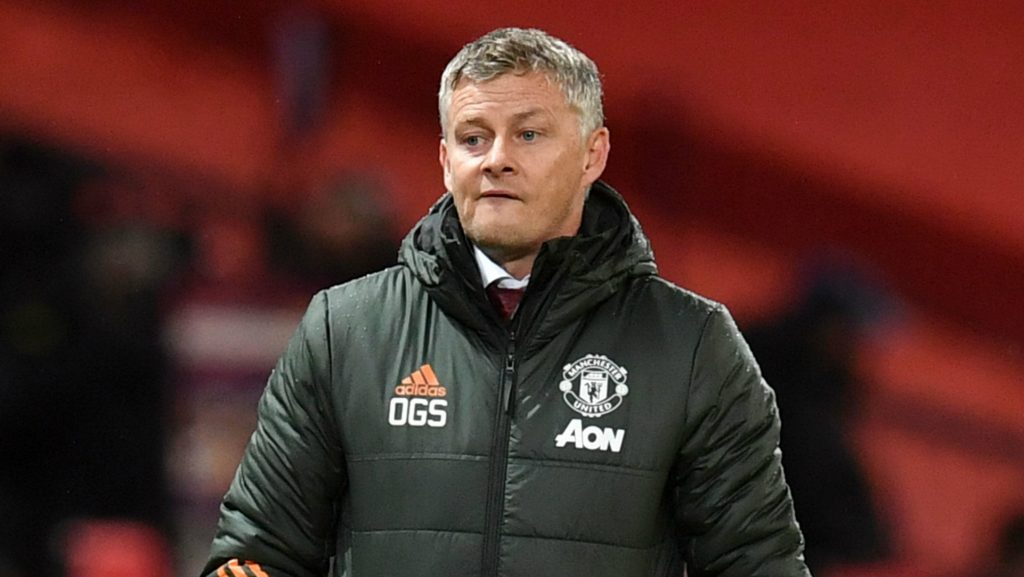 Manchester United manager Ole Gunnar Solksjaer has ruled out Raphael Varane ahead of the derby against City on Saturday.

Varane was withdrawn in the first half of the 2-2 draw with Atalanta in the Champions League in midweek, and a hamstring injury which has now sidelined him out for around a month.

Solksjaer in his pre-match conference also revealed that Victor Lindelof who missed the trip to Italy on Wednesday could be available for selection.

He said ,“We’ve got a couple of players doubtful unfortunately, but that’s part of the game.

“We’ll just have to give them as much time as possible because all of them are working really hard and they wanted another 24 hours to see if they could be available.”

“With all the technology, you expect him to be out for four-five weeks.

“It’s a blow for us as he’s come in and been really influential, but Eric Bailly came in last time and was exceptional.

“We have a squad that can cope.”

Ole was optimistic Lindelof will be fit enough to feature as the defender is definitely one of those facing a race against time.

“He’s still a doubt but, hopefully, he can come in tomorrow and say he’s ready,” declared Solskjaer about Lindelof.

“I expect him to be ready tomorrow but I can’t confirm.”

Paul Pogba is definitely ruled out through suspension, as he sits out the second of his three-game domestic ban.