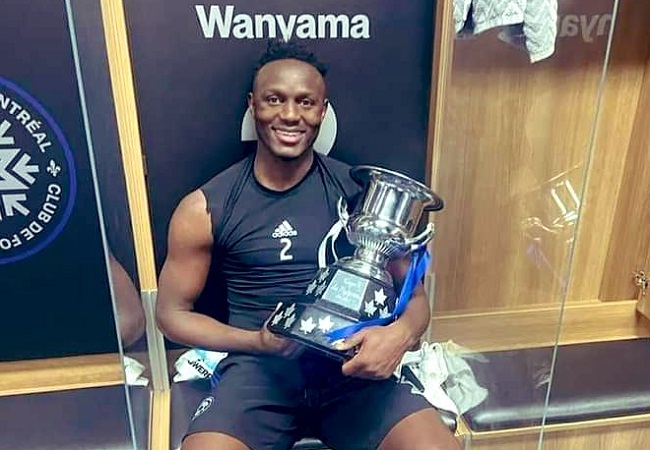 Kenya’s Victor Wanyama captained CF Montreal to a 1-0 victory against arch-rivals Toronto FC in the 2021 Canadian Championship at Saputo Stadium on Sunday.

The win sealed their return to the Scotiabank CONCACAF Champions League after a one-year absence, alongside walking home with US$75,000 (Sh8.4 million).

The Honduran striker scored with a long range shot after looping over goalkeeper Quentin Westberg.

The goal came moments after former Harambee Stars captain Wanyama, whose first match for Montreal was in the 2020 Champions League against Honduran side CD Olimpia on March 11 after joining from English Premier League side Tottenham Hotspur, hit the crossbar in the 61st minute.

Quioto was denied severally by Westberg’s heroics. Toronto had a chance to equalise seconds from time. But Jordan Perruzza hit the goalpost.

The Canadian Championship final was a consolation prize at the end of disappointing Major League Soccer (MLS) campaigns for both teams.

Montreal missed out on the playoffs on the final day of the regular season after losing 2-0 against Orlando City on November 7 to finish 10th in the 14-team Eastern Conference League, while Toronto was second-last.

The winner is awarded the Voyageurs Cup and Canada’s berth in the CONCACAF Champions League.

Meanwhile, the Confederation of North, Central America and Caribbean Association Football (CONCACAF) will conduct the draw for 2022 Champions League on December 15 in Miami, Florida.