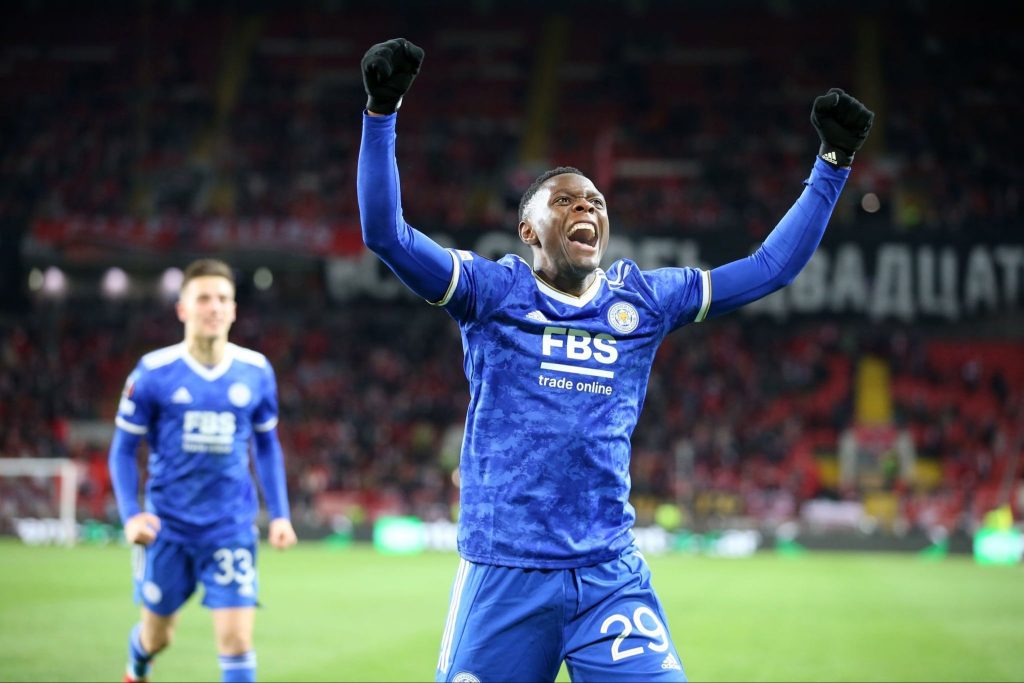 Daka scored the opener for the Foxes in the 10th minute when he slotted the ball to the bottom left corner in this Group C match of the Europa League.

Some minutes later, James Maddison and Ndidi scored a goal each in the 21st and 33rd minutes.

Maddison and Ndidi scored in between Mladenovic’s 26th minute goal for the Polish side at the King Power Stadium.

Then the Nigerian scored via a header to join fellow African Daka on the scoresheet..

The result of Thursday leaves the group open going into the final round of matches for the group.