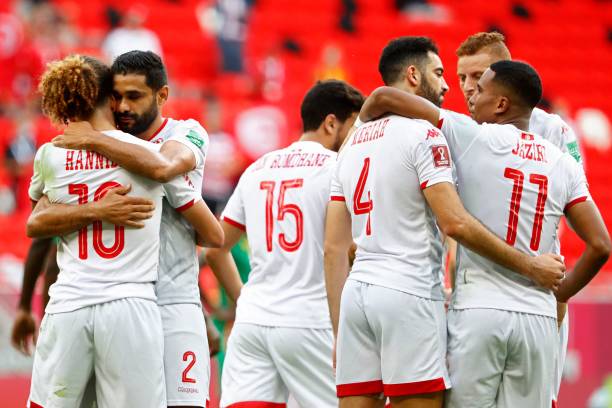 Tunisia made a remarkable start in their opening Group B game at the FIFA Arab Cup in Qatar as they thrashed Mauritania 5-1.

The Carthage Eagles who are one of Africa country at the tournament dominated the game.

Jaziri gave Tunisia the lead in the 39th minute before Mohamed Firas Ben Larbi doubled for his side.

Seifeddine Jaziri scored his second of the game in thr first half stippage time as Tunisia were in total control of the game.

Sheikh El Khalil Moulaye pulled one back for Mauritania from the spot as the score line was 3-1 heading to the break.

Larbi scored his second goal in the 51st minute to increase Tunisia tally to 4-1.

Yourself Msakni added put the cherry on top of the cake for Tunisia as the Carthage Eagles completed the routing with a 5-1 victory to top Group B.