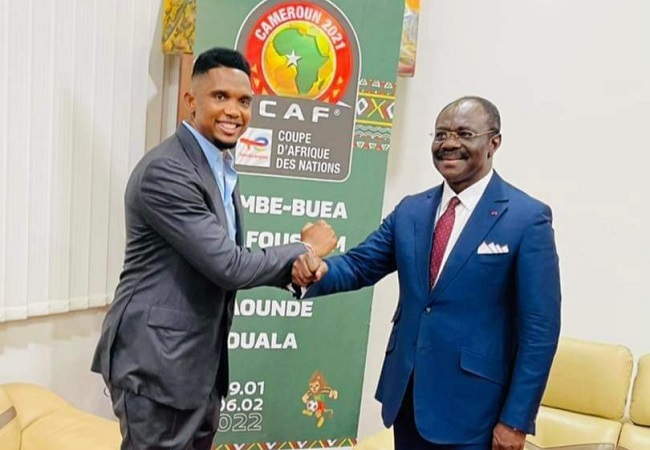 The Minister of Sports and physical Education, Narcisse Mouelle Kombi, granted audience to the newly-elected President of the Cameroon Football Federation (FECAFOOT), Samuel Eto’o Fils, on December 13, 2021 in his cabinet.

Speaking during the audience, Minister Mouelle Kombi on behalf of the Ministry of Sports and Physical Education congratulated Samuel Eto’o for his new post at the helm of FECAFOOT. He assured the FECAFOOT delegation of the support of his ministry as they go about their mission and that the doors of the ministry are wide open to the football federation. He reiterated the need for synergy between the Ministry of Sports and Physical Education for the good of Cameroonians.

Samuel Eto’o said his presence at the Ministry of Sports and Physical Education was to make the Minister know he and his team are available to bring their own contribution to the development of sports. He said FECAFOOT has as ambition to give honour to Cameroonians and will work for the interest of Cameroonians.

“Work has already started since yesterday. There is much work to be done. We will talk less and work more.” Said Eto’o.