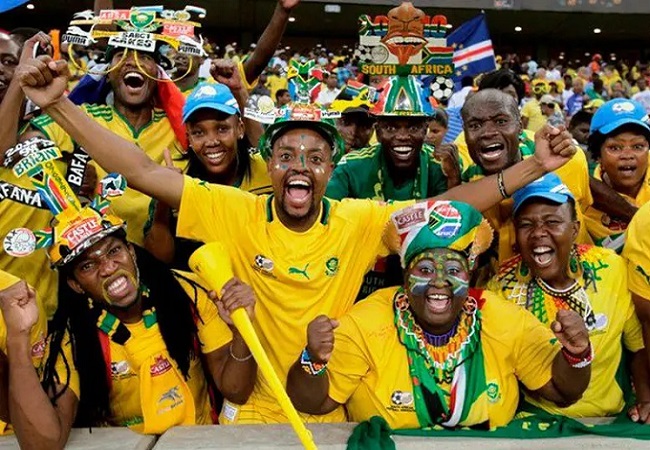 Comoros sent the Black Stars home further to their 3-2 win over Ghana on Tuesday. And the majority of Bafana Bafana fans were over the moon as they witnessed how Ghana exit the Africa Cup of Nations (AFCON) tournament.

Also Read : GHANA KNOCKED OUT OF AFCON 2021 AFTER SURPRISING LOSS TO COMOROS

They were excited and expressed their mockeries on social media over Ghana’s defeat after what recently happened between the two nations.

In November 2021, Ghana beat Bafana Bafana with 1-0 following a controversial penalty that was awarded by Senegalese referee Miguette N’Diaye.

The result saw Bafana Bafana fail to qualify for the 2022 FIFA World Cup finals in Qatar while Ghana advanced to the final round of the qualifiers.

Some of Bafana Bafana fans’ reactions as following.