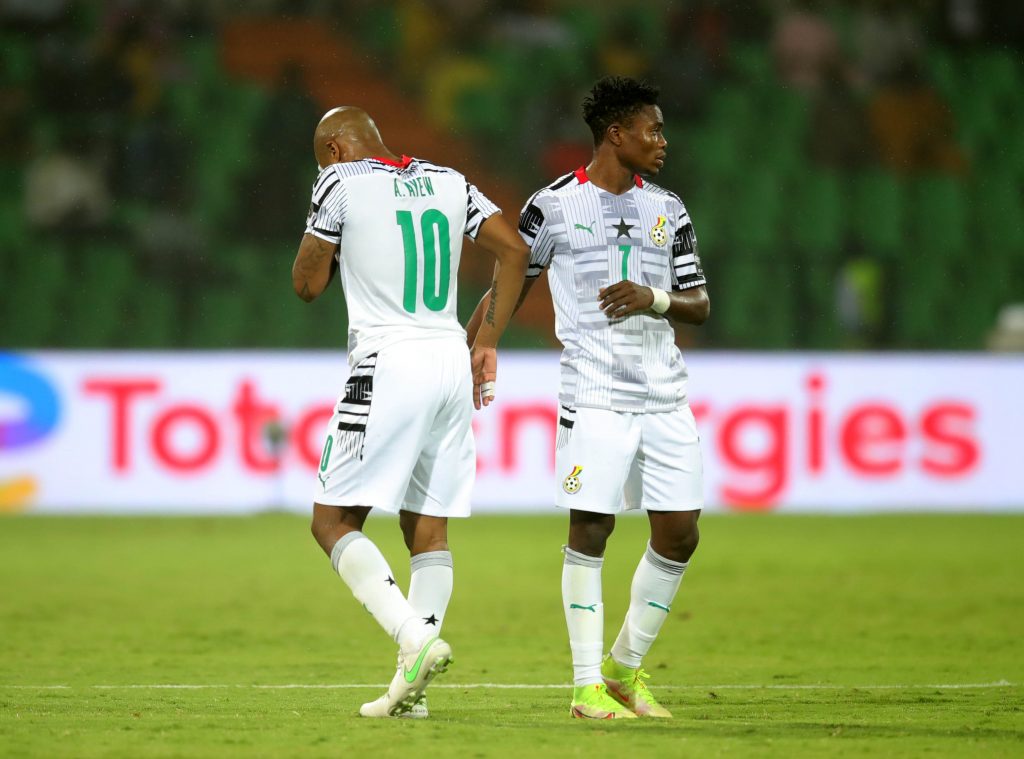 Ghana Black Stars are out of the 2021 Africa Cup of nations (AFCON) following their shocking defeat to Comoros tonight 2-3 in their must-win game.

Black Stars had a poor start to the game with El Fardou Mohamed Ben Nabouhane scoring Comoros’ first ever goal in AFCON after just four minutes of play..

Ghana were expected to equalise quickly but unfortunately will loos their captain Andre Ayew on red card after a tackle on Commoros’ goalkeeper Salim Ben Boina.

Ahmed Mogni made it 2-0 for Comoros in the 61st minute but Black Stars will react promptly this time with Richmond Boakye scoring the reducer for Milovan Rajevac’s team three minutes later (64th).

Alexander Djiku will even make Ghanaians happier with the equaliser in the 77Th minute.

However, their joy was very short as MMogni scored a brace (85th minute) to snatch the win for Comoros.

This defeat means that Ghana which end bottom of Group C with just one point are knocked out of the competition in the group stages for the first time since 2006..