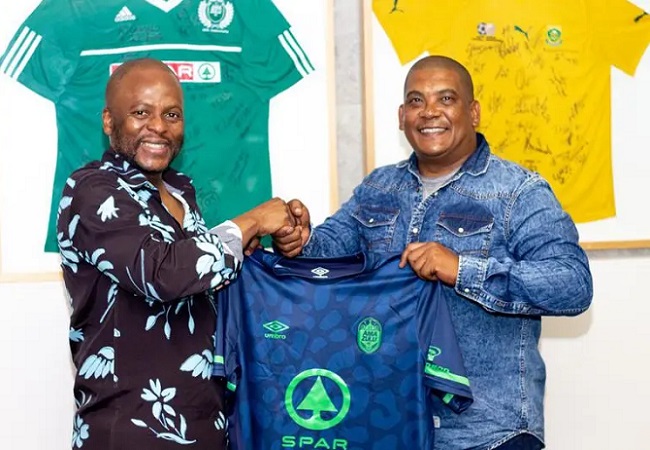 AmaZulu FC have welcomed interim head coach Brandon Truter to the club as he officially takes over from Benni McCarthy. the club confirmed Brandon Truter as new head coach on an interim basis at the helm of the club after parting ways with McCarthy on Friday.

Truter has been jobless since leaving Swallows in November. And his appointment at AmaZulu is with immediate effect.

“AmaZulu FC is pleased to announce the appointment of Brandon Truter as interim head coach with immediate effect until the end of the current 2021/2022 season.” A club statement read.

“We look forward to competing in the league for the remaining seven games. The search for the head coach to lead the team beyond this season has commenced and should be finalised before the end of April.”

Having previously coached in KwaZulu-Natal with both Royal Eagles and Richards Bay, Truter said he couldn’t wait to get started at AmaZulu.

“Friendly people, nice environment as well. But for me being part of the AmaZulu brand, it’s just a dream come true to put it that way.

“And and I’m happy to be here, I’m happy, I’m obviously over the moon and grateful to have the opportunity given to me by by the President and the board to coach at AmaZulu.”

Upon reflection, Benni McCarthy arrived at AmaZulu when the KwaZulu-Natal side were in the depths of despair down in 13th place in the standings, just above the relegation zone.

He weaved his magic and Usuthu finished second in the 2020/21 DStv Premiership – something far bigger sides have failed to do in several seasons (if not ever).

Also Read : BENNI MCCARTHY VICTIM OF HIS OWN INCREDIBLE SUCCESS AT AMAZULU

They qualified for their first ever CAF Champions League and at the time of publishing are still in with a mathematical chance of reaching the quarter-finals.

A look at the current DStv Premiership log shows that AmaZulu are in ninth place with 29 points after 23 matches.