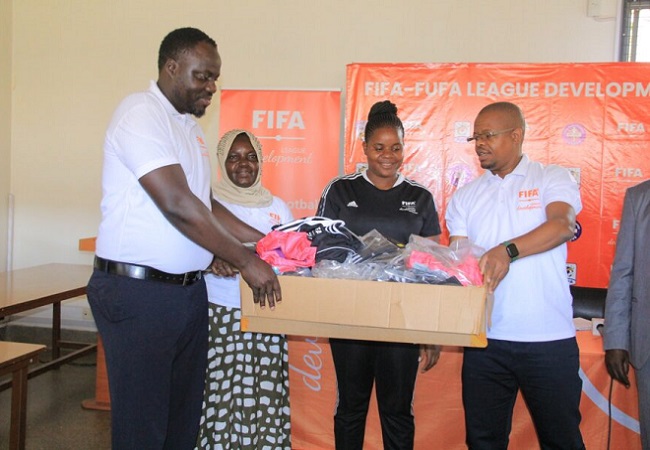 FIFA, jointly with FUFA launched on Saturday a project dubbed the ‘FIFA-FUFA League Development Project’ which aims at improving and development of women football leagues in the country.

“FIFA has a detailed work plan to develop Women’s Football and projects like this are here fullfil that target, spreading across the Member Associations.” She said.

FUFA President lauded FIFA for the intervention and indicated the Federation is committed towards increasing the number of women involved in football either in administration or playing.

“As FUFA, we are happy to receive this project from FIFA. When the chance to ask for it came, we did not hesitate. This project is directly in line with our vision of becoming the number one footballing nation in Africa on and off the pitch.” He stated.

“In 2013, we decided to withdraw from international competitions and start afresh by creating a regular League. This would help us increase the number of girls playing and eventually form a formidable national team. FUFA is proud that the Crested Cranes will play at this year’s Africa Women Cup of Nations in Morocco.”

FUFA President indicated that the target going forward is to help teams become self reliant.

“FUFA’s target is to help teams become professional. This can be achieved through improving areas like governance, being business oriented and looking at the sporting aspect.” The President added.

The President also confirmed that FUFA will ask for another project from FIFA dubbed Women Football Campaigns that will be attached to the Odilo Primary Schools Championship.