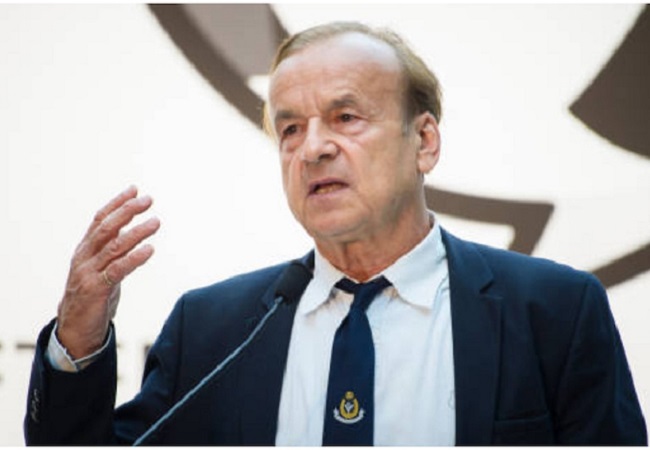 Former Nigeria head coach Gernot Rohr has confirmed that Malian FA made contact with him about the Eagles’ vacant job. The German tactician expects a decision to be made in the coming days.

The Malian Football Federation (FEMAFOOT) have been in search for a new coach at the helm of the Eagles of Mali since Mohamed Magassouba was sacked last month following his failure to guide them to the 2022 World Cup in Qatar.

Magassouba’s side qualified for the playoffs. But they lost to Tunisia over two legs to bring an end to the Malian tactician’s near three-year reign.

A new man should take over before the 2023 Africa Cup of Nations qualifiers, with matchday 1 of the group stages taking place on May 30.

Gernot Rohr who has also coached Gabon, Niger and Burkina Faso on the continent, revealed that FEMAFOOT had reached out to him about an enticing opportunity.

“It’s a good team, which made an unfortunate CAN and which is also eliminated from the World Cup.

“I saw the two play-offs against Tunisia. They could have qualified. They have very good players. It’s an interesting team. The verdict of FEMAFOOT is expected in the coming days.” He said

The 68-year-old German has been without a job since being dismissed by NFF at the head of the Super Eagles in December despite getting them to the delayed 2021 Africa Cup of Nations in Cameroon.