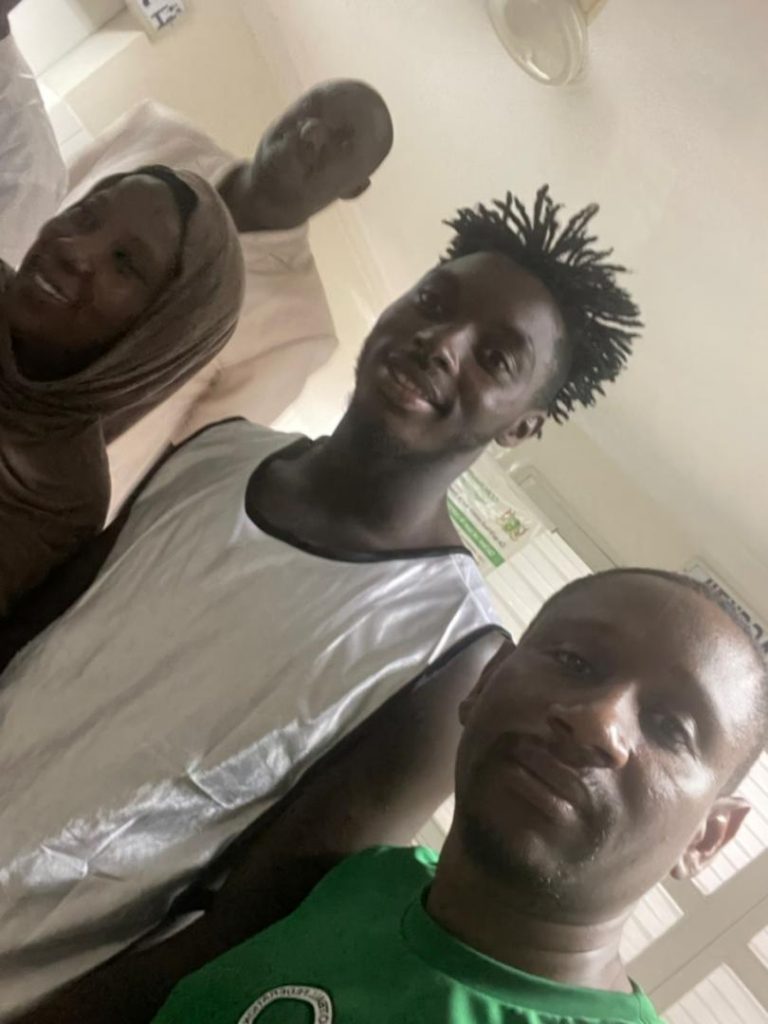 Flying Eagles’ forward Ahmed Abdullahi has been ruled out of the ongoing WAFU B Championship.

The player was rushed to hospital during the game against Burkina Faso which ended 2-2 on Wednesday in Niamey.

The secretary of the team Aliyu Lawal Ibrahim confirmed that Abdullahi was recuperating in hospital.

Read Also:WAFU B: Flying Eagles Through To Semi-Final After Draw With Burkina Faso

However, he will not be able to carry on with the tournament after the Flying Eaglesbooked their semi-final ticket.

Ibrahim while speaking with NFF media said ;
“The player has recovered fully and is in good health, but he is out of the tournament.

“We went through several scary hours before and after he got to the hospital, but we thank God that he is fully recovered now”.

General Secretary of the Nigeria Football Federation NFF, Dr Mohammed Sanusi was with the Abdullahi at the hospital and asked the player to remain focused and pray for the team to succeed at the tournament.