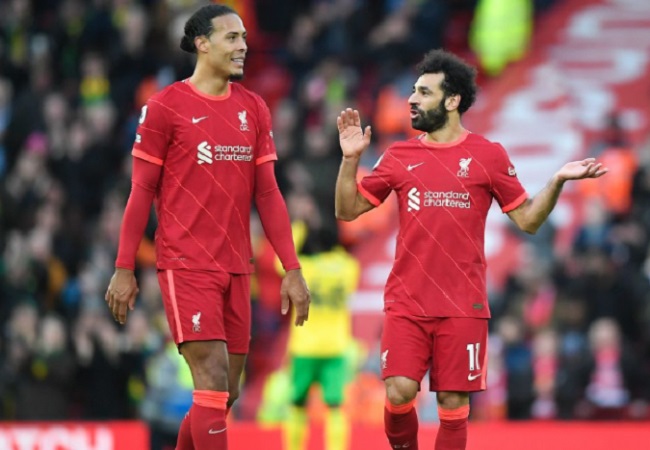 Liverpool manager Jurgen Klopp has provided an injury update on Mohamed Salah as the Reds prepare to take on Southampton in the Premier League this Tuesday evening.

The Reds travel to the St. Mary’s Stadium as they look to apply the pressure on Manchester City at the top of the Premier League table.

Also Read : IT WOULD BE MASSIVE IF WE WIN THE CHAMPIONS LEAGUE- KLOPP

With a game in hand, Liverpool trail the reigning champions by four points. A win could see the two English giants go into the final game of the season separated by one point.

With Liverpool heading into a crunch time period of their 2021/22 campaign, Klopp told the media in his pre-match press conference on Monday that Salah, along with Virgil van Dijk, won’t be available in their crucial fixture against Southampton.

“Will they be involved tomorrow? No.” Said Klopp.

“Virg, definitely not. But that was pretty much clear before the game already. I thought this is the game [to miss] now.

“He really played a lot and then with Saturday-Tuesday again, it was clear [he would sit out anyway].

“They are both OK. The target for both would be that they would be involved again at the weekend.”