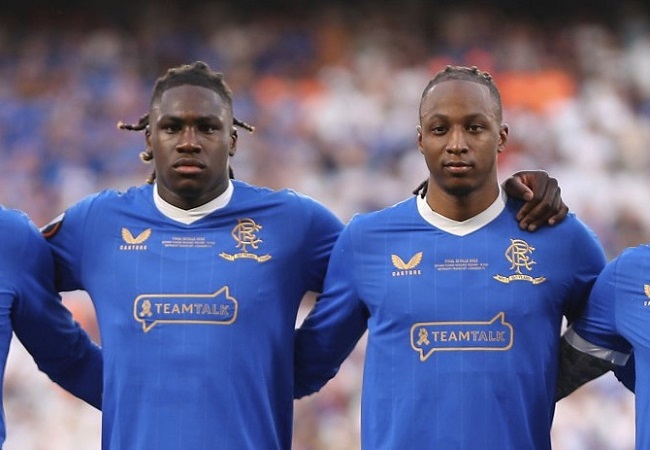 Rangers’ Nigeria national teammates Joe Aribo and Calvin Bassey have both been nominated for the official Europa League Player of the Week by European football governing body UEFA.

Aribo and Bassey started for the Light Blues as they were beaten 5-4 on penalties in the Europa League showpiece held in Seville on Wednesday night.

The Super Eagles midfielder was deployed as a false nine against the German Bundesliga side. And he was in action for 101 minutes, while Bassey put in a full shift in defence.

In a tense game at the Ramón Sánchez-Pizjuán, Aribo slotted home under pressure to open the scoring in the 57th minute after sloppy defending from Eintracht Frankfurt defender Tuta.

Rafael Borre restored parity in the 69th minute when he tapped in from close range, after Rangers defenders failed to clear a cross inside their box.

Aribo and Bassey have been shortlisted for the Europa League Player of the Week alongside Eintracht Frankfurt duo Rafael Borré and Kevin Trapp.