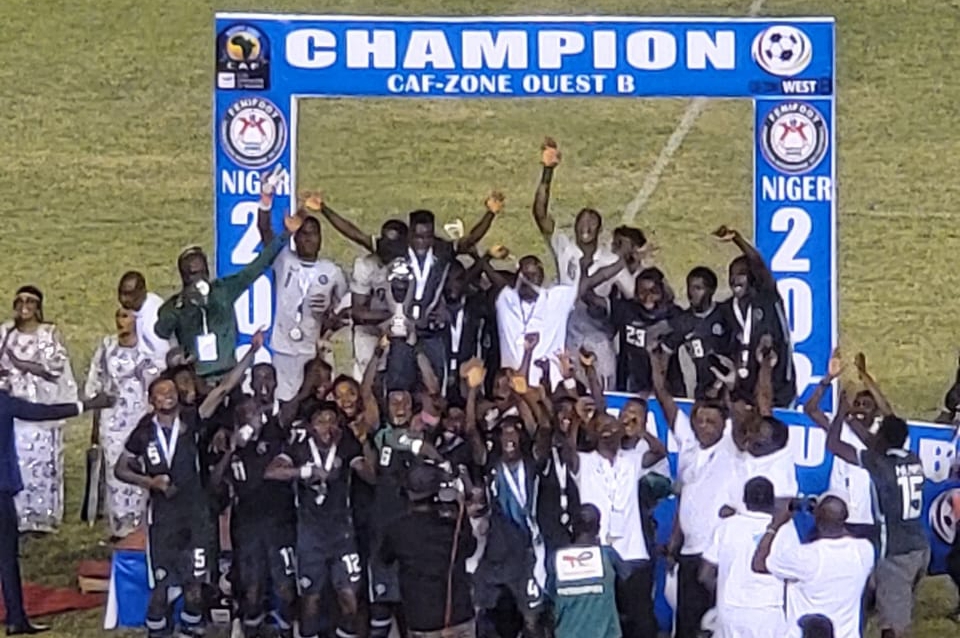 After defeating Benin Republic 3-1 in the final on Friday, the Flying Eagles were crowned champions of the 2022 WAFU Zone B competition in Niger Republic.

Ladan Bosso’s team won thanks to a brace from Tolulope Ojo and a goal from Ibrahim Muhammad.

In the 40th minute, Ojo scored from the penalty spot after Mahougnon Aloya blocked a scoring opportunity with his arm. He was also deported.

Ojo got his brace in the 70th minute, volleying past the Benin Republic goalkeeper to make it 2-0.

After capitalising on a blunder by the opposition keeper Dava Agossa, Muhammad scored the third goal in the 77th minute.

Edou pulled a goal back for the French-speaking countries with six minutes left, but the Flying Eagles held on to win.

The WAFU Zone B will be represented by the Flying Eagles and Benin Republic at the U-20 Africa Cup of Nations in Egypt next year.

The continental tournament will serve as a qualifier for the FIFA U-20 World Cup, which will be held in Indonesia in 2023.